Is May an unlucky month?

According to folklore the month of May seems to be incredibly
unlucky, for example Kittens born at this time grow into
unlucky melancholy cats! 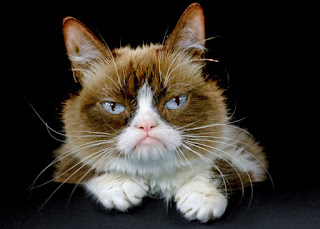 And to marry in May is notoriously unlucky, and to do it dressed
in green is sheer madness!

"Married in May and kirked in green
Both bride and bridegroom won't long be seen.
O' marriages in May
Bairns die in decay"

And the May weather is considered to unreliable for shorn
sheep, which may take cold and die.

"Shear your sheep in May
You'll shear them all away"

Thunder during this month presages a poor summer and a bad harvest.
"Thunder in May
Frightens the summer away"

According to a Devon legend the sharp frosts that occur at this time of year
are the revenge of a beer brewer called Frankin who was put out of business by
the rising popularity for drinking cider.
He pledged his soul to the Devil in return for frosts on each of the 'Frankin's days'
around the May 21st hoping that these would kill the apple blossom and
ultimately ruining the cider crop. 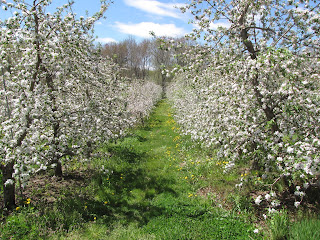 Posted by A World of Magic Myth and Legend at 03:03 No comments: 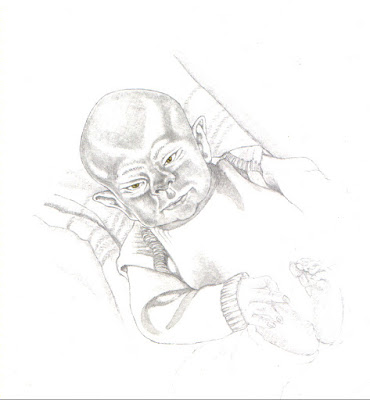 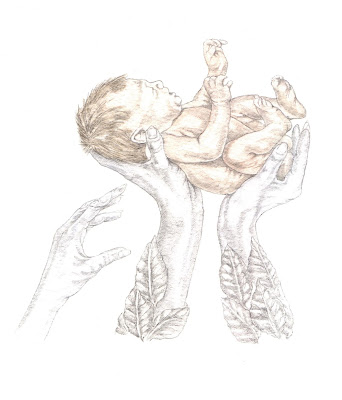 Posted by A World of Magic Myth and Legend at 07:03 No comments:

I know, I can hear you all shouting you're late but I was busy!

1st May is the Celtic festival of Beltane, the beginning of summer.

May Day which harks back to pagan festivals was celebrated as the beginning of
summer and on May Day Eve communities would go out and bring in the ‘May.’
Spending the night outdoors they would greet the first light with drums and
blasts on cow horns to welcome  in the summer and then return home laden with
branches of May blossom (Hawthorn) to decorate their homes.

And we were up as soon as any day O
And to fetch the summer home,
The summer and the May O
For the summer is a come O
And the winter is a go O 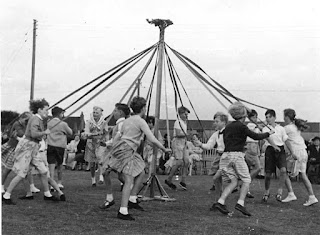 We all know the tradition of the Maypole which once upon a time would have been
practised in every community but in pagan times it would have been a living tree
that our ancestors would have danced around, clapping their hands on the bark to
wake the spirit within.
Overseeing the celebrations would be the May Queen, decked in hedgerow flowers, and
keeping her company would be the King (the Green Man) also decked in Oak and
Hawthorn leaves. Children would fashion wild flowers and blossom into garlands
and carry them around the village calling at every house, receiving a May Day cake
from the householder as a reward.

‘Good Morning, missus and master
I wish you a happy day
Please to smell my garland
Because it’s the first of May’ 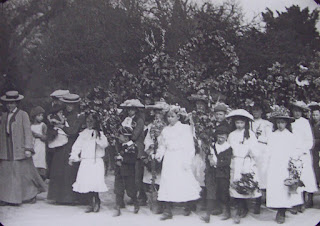 To leave a branch of hawthorn at a friends door is a luck bringing compliment, but
gifts from another kind of tree could be insulting.

Nut for a slut; plum for the glum,
Bramble if she ramble; gorse for the whores.

A fair maid who the first of May,
Goes to the field at then break of the day
And washes in dew from the hawthorn tree
will ever be after handsome be 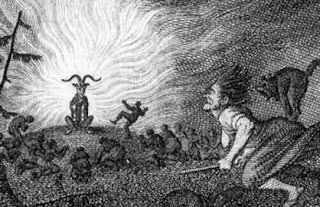 It was believed that on May Eve witches were at their most powerful and that
the month would be ‘witch ridden’ so crosses were fashioned from Hazel and Rowan
to hang over doorways and fireplace to prevent witches from entering. Even flowers from the children’s posies were a witch deterrent such as the Primrose, bunches were hung
over doorways to the house and cowshed as it was considered to be very magical.
Striking a rock with Primroses will open the way to faerieland but on a more practical
note the leaves were used as a remedy for arthritis, rheumatism, gout, paralysis and a
salve could be made for soothing wounds, burns.
Posted by A World of Magic Myth and Legend at 11:57 No comments: