Somerset, a county rich in folklore, previously called the Summer Lands due to its verdant green pastures, and which has its fair share of strange creatures. From the Oak Men who haunt the woods and the Giant Worm of Shervage Wood, to the more familiar witches, hobgoblins, faeries and pixies. Although pixies are more often associated with Cornwall, it was always understood by residents of this county that everywhere west of the River Parret was pixie land. According to local folklore, Buckland St Mary is the last place where a small race of red clad faeries  were seen; they were defeated in battle by the pixies and fled, some to Devon and Dorset and a few making their way to Ireland. 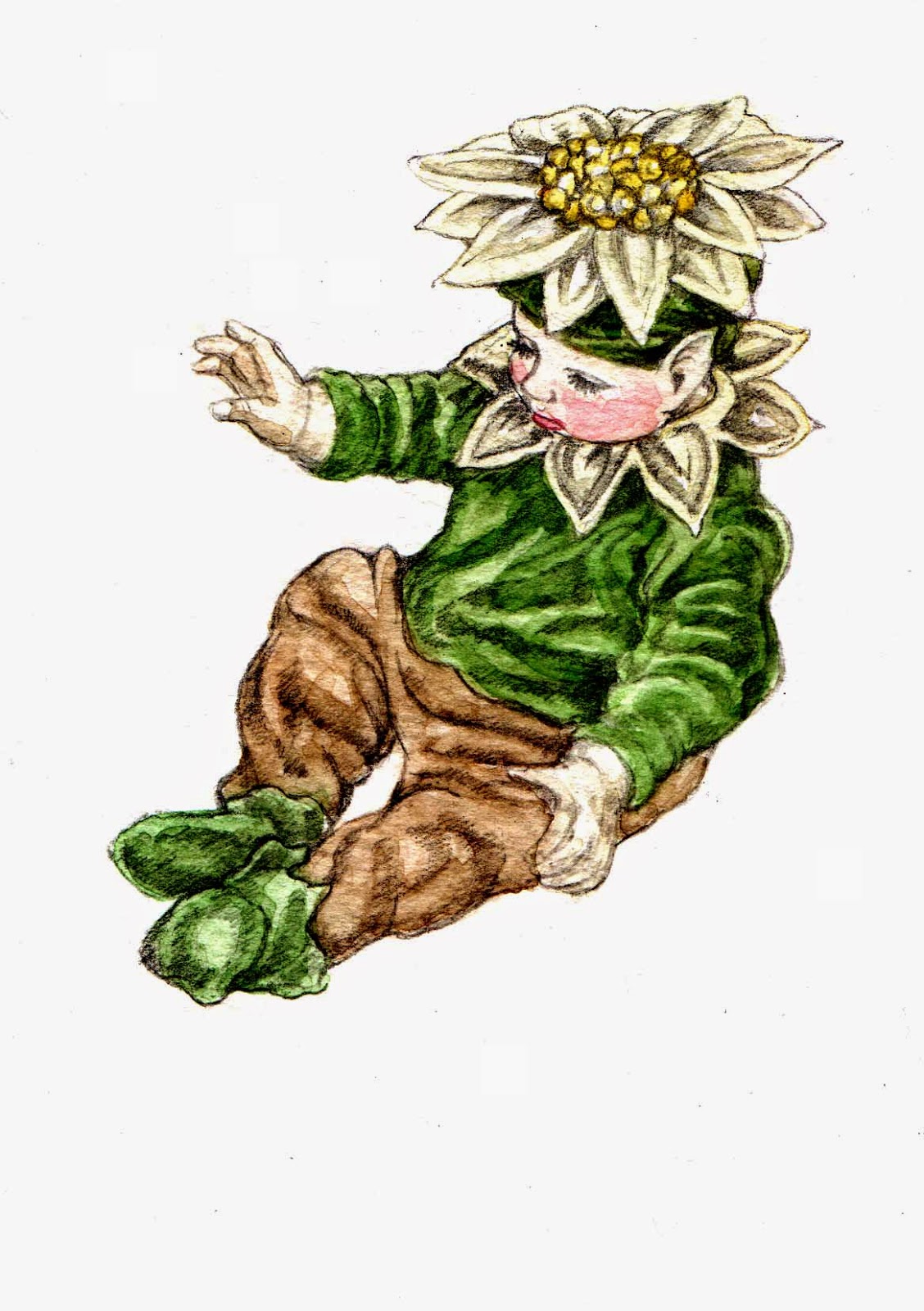 When faeries are mentioned most people think of Disney’s Tinkerbell, a sweet winged creature. But if you had said ‘faerie,’ even a hundred years ago, the reaction would have been very different; country people had a healthy fear and respect for these creatures, believing them to be responsible for many instances of bad luck or illness in their everyday life. The little people had to treated with respect and appeased with offerings of cream and bread to avoid their anger. Many farmers would leave offerings outside their barns in the hope that the pixies would finish the threshing or help with the harvest. This practice was carried on inside the house as well; hearths would be swept and cleared every night so that the faeries could dance in the fireplace and bowls of fresh water left out for them to bathe in. Woe betide the housewife or servant that forgot, for mischief would follow.
Interaction was to be avoided for fear of angering them, one well known encounter ended badly for the mortal as a 17th century account reports.
Riding across the Blackdown Hills  a man stumbled across a faerie market when travelling back to his home at Combe St Nicholas. On the side of the hill was gathered a large number of small brightly garbed people, and he could see peddlers with trays of ribbons and trinkets wandering  amongst the tents and crowds. As he drew nearer the figures began to fade but as he passed through the invisible throng he felt himself being pushed and pinched. Quickly leaving the fairground he could see the figures reappearing behind him, and began to experience pain where he had been touched by the invisible hands. By the time he had reached home a strange paralysis had afflicted him down one side, and this,coupled with the pain, continued for the rest of his life.
This particular market has been seen several times over the years but none venture too close as the faeries do not welcome guests to this event.
Although some intrepid souls thought nothing of the danger in the quest for buried treasure for beneath  the many hills of Somerset was believed to be  hoards of  faerie gold. Cadbury Hill, thought to be Arthur’s Camelot, was once home to faeries before they were driven away by the sound of the newly erected church bells nearby. Here they stored grain which they had gathered from the surrounding plain. They left so quickly that they didn’t have time to remove the gold from the hidden passageways beneath the mound.
A well known rhyme tells of the immense wealth hidden beneath the hill:

‘If Cadbury and Dolbury dolven were
All England would have a golden share.

Cadbury’s treasure is impossible to retrieve however as the harder it is dug for, the farther it sinks into the earth of the hill.
Other such sites include Rugborough Camp, Broomfield, and Castle Neroche. Here the treasure seekers fled in fear and empty handed after hearing strange noises and ghostly voices, but not soon enough for within a month each of the men were dead. 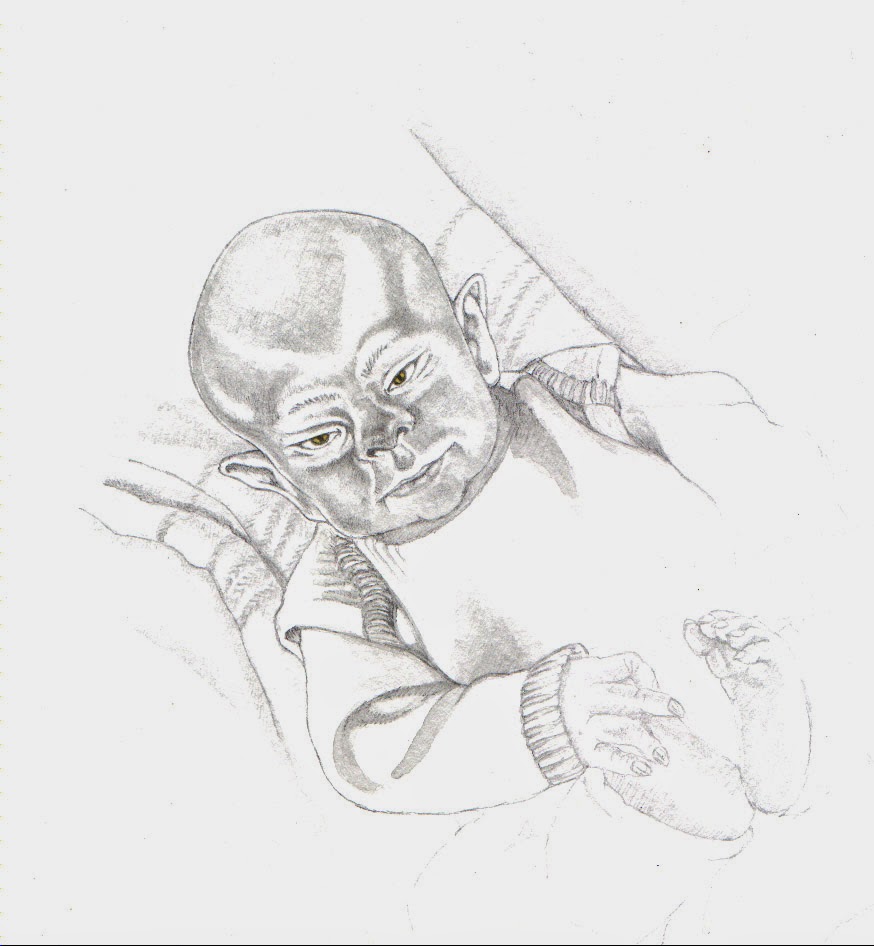 Parents especially would be concerned about faeries, fearing that their un-baptized babies would be snatched and a changeling left in their place.
One Somerset old wives tale is that you should never dress your child in green until after the
christening, as green is the faeries favourite colour and it would enable them to steal the infant.
So for protection, an open pair of scissors would be hung over the cot, as faeries cannot bear iron, or an iron pin would be stuck into the baby’s clothes. Holy water would also be sprinkled over the child and the cot.

No discussion of the folklore of Somerset can omit Glastonbury, the sacred isle of Avalon, and
supposedly the last resting place of King Arthur.  Here on the Tor is said to be the entrance to
Faerieland, known as Annwyn, guarded by the Faerie King himself, Gwyn Ap Nudd. His crystal realm is the meeting place of the dead, and it is from here on Samhain (31st October), that he leads the Wild Hunt out across the Somerset countryside.

Now you might think that this is all gone and forgotten but some traditions still prevail; the
wassailing of the apple trees during the winter months is still as prevalent today as ever. Offerings of toast dipped in cider are left in the branches of the oldest tree in the orchard to honour ‘The Apple Tree Man’ who is the guardian of orchards. Cider is drunk from the wassailing bowl and if any remains, it is poured over the roots of the tree.

‘Old Apple Tree we wassail thee, and happily thou wilt bear,
For the Lord knows where we shall be,
Till apples another year.’

To ensure future crops the last few apples must be left for the ‘The Apple Tree Man’ and the pixies.
Another traditional festivity that is seeing a come back in the Somerset villages of Chiselborough, Long Sutton, Lopen, Castle Neroche, and Hinton St George is the Punkey night which is held on the last Thursday in October. Punky night is closely linked with Samhain and has similarities with Halloween but the punkey lanterns are carved using mangel wurzels or turnips. The children of the village carry the lanterns around the houses, led by the Punkey King and Queen, singing the traditional punkey song while begging for pennies.

Give me candle
Give me a light
If you don’t
you’ll get a fright!

If you haven’t a candle
A penny’s alright’

'Faeries and Folklore of the British Isles'
Posted by A World of Magic Myth and Legend at 07:20