The magic of Poppies 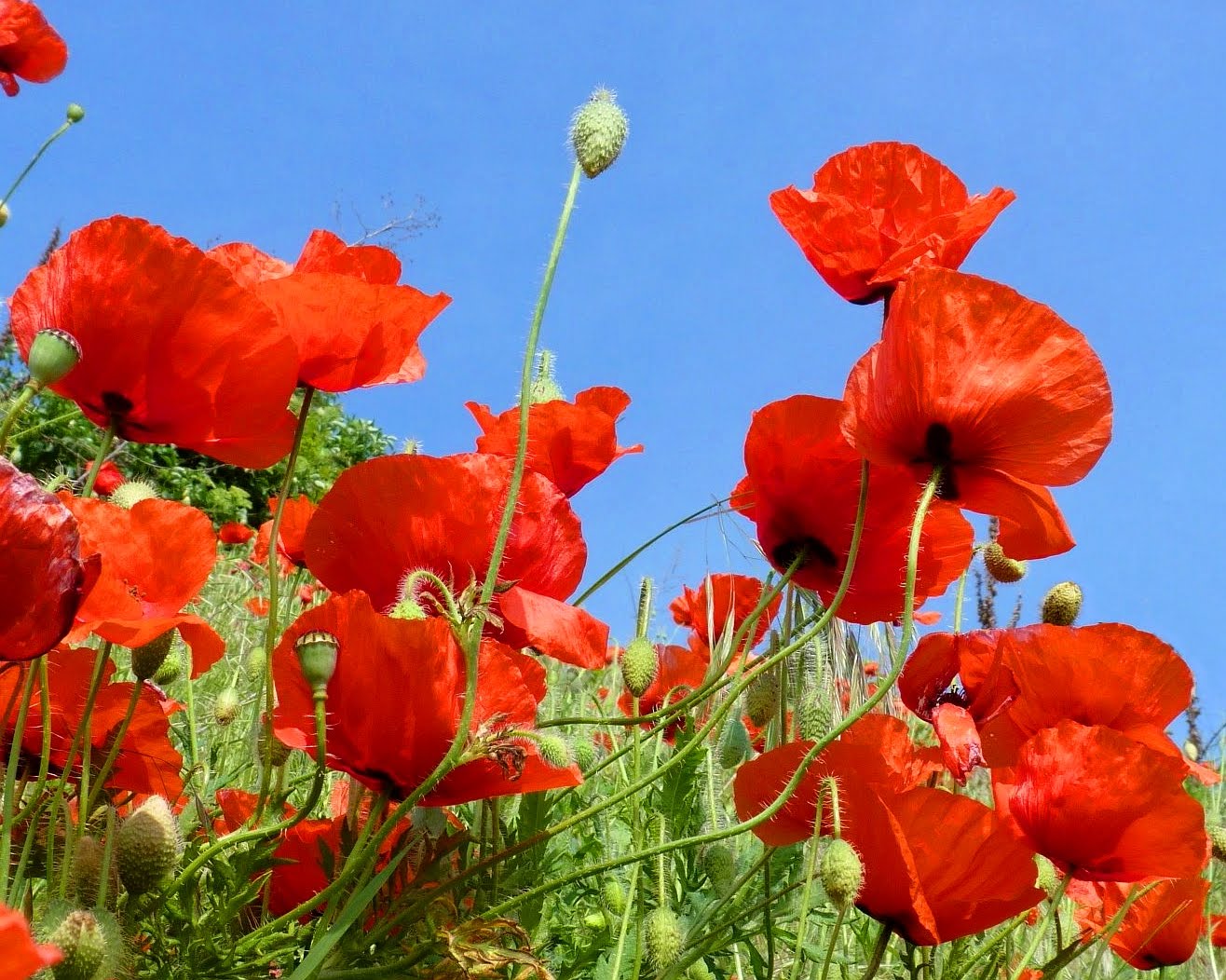 The common poppy was, as legend tells it, born from the blood of a dragon, but they have been long used as symbols of sleep and death. Sleep of course from the opium found in the flower, in Greek and Roman myths the flowers were used as offerings to the dead. The image of the flower was used on tombstones to denote everlasting sleep
This symbolism was evoked in the children's novel The Wonderful Wizard of Oz in which a magical poppy field threatened to make the protagonists sleep forever.
The most well known use of the poppy is of course of Remembrance Day, the use of the bright red flower is a symbol of rebirth and everlasting life.

The poppy was also a favourite ingredient in Black Magic according to Ben Johnson in his 'Witches Song'.
'Yes, I have brought to help our vows,
Horned poppy, Cypress bough,
The fig tree wild that grows on tombs,
And juice which from the larch tree comes'

The poppy,which is ruled by the moon, possesses the magical ability of prophecy. Cut a hole in a dried pod and remove the seeds. Write on a small piece of yellow paper the question to which you desire an answer and place inside the pod. Put the pod beside the bed when you retire at night and the answer will be revealed to you in a dream during the night.
Poppy leaves can also be used for love divination charms, one use was  determining from which direction one's true love would appear by tossing a piece of Poppy cake out of the door and sending a dog out to fetch it. From the direction the dog would reappear provided the answer to the question. One could also use Poppies to obtain prophetic dreams about one's future husband - on St. Andrews night young girls would scatter Poppy seeds behind them to dream about their future husbands.
Eating bread using the poppy seed on New Years Eve would instill the magical power of the  plant and bring blessings of abundance for the forthcoming year. You can also wear a necklace of poppy heads which will act as a charm for fertility and abundance although strangely if poppy seeds are placed inside a new brides shoes this will make her infertile.
The poppy was also used in invisibility potions; by steeping poppy seeds in wine for 15 days, then drink a glassful every day for five days while fasting.
This was said to make the person invisible at will.
Poppy seeds were also considered a magical aid against Daemons. If being pursued by a demon throw a handful of poppy seeds in its path, this will distract the beast as it it will be compelled to stop and count every one  the seeds. This charm was even believed to ward off vampires who were sometimes thought to violate fresh graves. If Poppy seeds were put into the coffin with the dead person's body any preying vampires also lost their purpose for the same reason.
Posted by A World of Magic Myth and Legend at 01:34