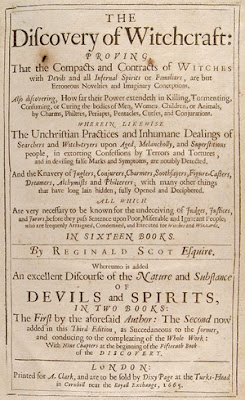 According to The Discovery of Witchcraft of 1584, May Eve ( Walpurgis Night) is the
time you must guard your children against witches. 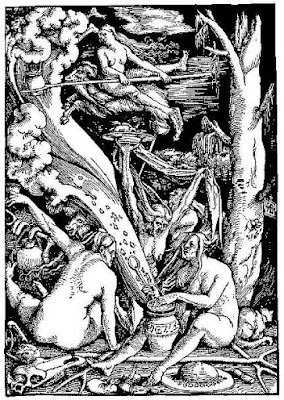 " The Devil teacheth witches to make ointments of the bowels and members of
children, whereby they ride in the air and accomplish all their desires.
So if there be any children unbaptized or not guarded with the sign of the cross
or orisons (prayer) then the witches may and do catch them from their mother's side
at night, or out of their cradles...and after burial steal them out of graves and
seethe them in a cauldron until their flesh be made potable."

To ensure this doesn't happen  place a crust of salted bread under
the baby's pillow, also hang garlic and rowan around the cradle.

Posted by A World of Magic Myth and Legend at 08:11 No comments:

Sleeping amidst the falling cherry blossom 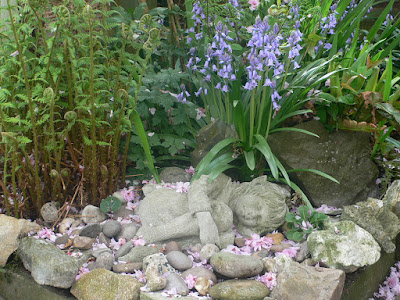 After a night of spring revelry my faerie fell asleep among the bluebells and ferns
at the bottom of the garden. Luckily a light covering of cherry blossom has fallen
on over her protecting her against the sudden snow shower!
Posted by A World of Magic Myth and Legend at 02:10 No comments: 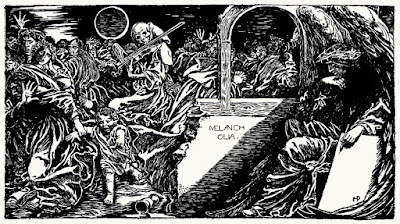 According to my trusty almanac the 24th of this month is
the night to visit the church porch.
At the appointed hour ghosts of the doomed can be seen passing
into the church. You may need to make three visits before the spectres
will appear before you but beware if you see your double or fall asleep
while the ghostly procession passes you will surely die within the year.

'The ghosts of all whom death shall doom
Within the coming year;
In pale procession walk the gloom,
Amid the silences drear.'

It is also a good time for young girls to use divination to discover
the identity of their future husbands. Hang your smock by the fireplace
and await for the arrival of an apparition of your true love to come in
and turn your garment for you.

'On St Mark's Eve, at twelve o'clock,
The fair maid will watch her smock,
To find her husband in the dark,
By praying unto good St Mark.'

In Lincolnshire young women would visit the Malden Well on St Mark's Eve
and walk backwards around it three times, at the same time making a wish
to see her destined sweetheart.
After the third circle she must kneel and gaze into the water, hopefully to see
the image of her future husband.

Posted by A World of Magic Myth and Legend at 08:58 No comments: 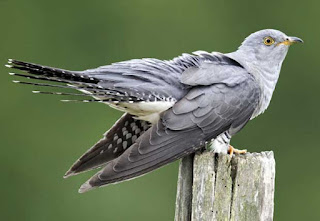 It is at this time of year  that you can expect to hear the first cuckoo and
if you are walking at the time it is considered to be lucky.
Not so lucky to hear it while lying in bed as this means that you or
someone in your family will die that year.
If you have no money in your pocket when she calls or if you fail to
turn over all the coins you have, you will be poor all year.
On hearing the cuckoo sit down and immediately take off your
left shoe you will find in it a hair of exactly the same colour as that of
your true love.

If you wish to know how many years of life you have left then count
how many times it calls, each call equates to one year of life.

On hearing its first call run three times in a circle, giving good luck for
the rest of the year. It is also encouraged that you run to the nearest gate
and sit on the top rail as this will drive away the spirit of laziness.
On Dartmoor along the River Teign the older generation  believed that
the song of the cuckoo called the salmon upstream

March, he sits on his perch; April he tunes his bill; May, he sings all day;
June he alters his tune, and July, away he do fly" 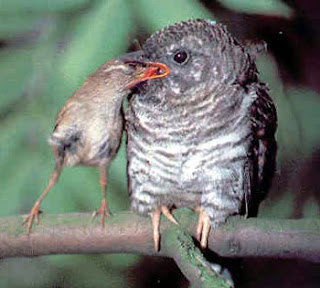 This is a Reedwarbler feeding a juvenile cuckoo!

According to Aristotle the cuckoo should be praised for its resourcefulnes, for laying its egg in another birds nest. 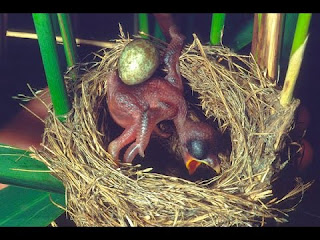 "The cuckoo then on very tree
Mocks married men. for thus he sings: Cuckoo!"
Skakespeare

Posted by A World of Magic Myth and Legend at 06:48 No comments: 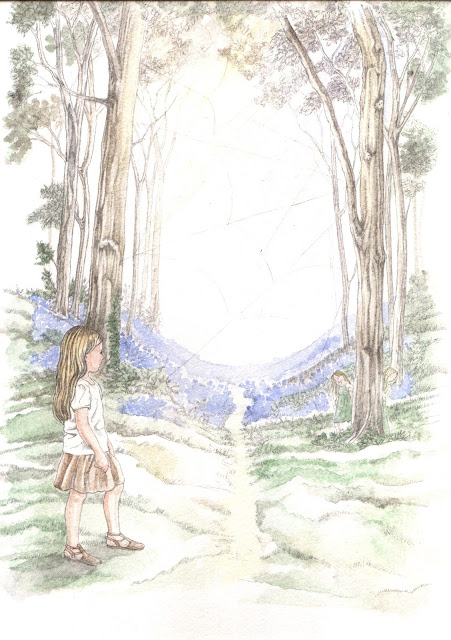 The bluebell is one of the most potent of faerie flowers and a bluebell
wood is a very dangerous place to stray into.
It will be  full of faeries weaving spells and enchantments amongst the trees
into which you will be drawn if you are not careful.
Mortals will be held captive until led out by another human and if a child wanders
into their webs of enchantment they will be whisked away to faerie land and
never seen again.
The faeries are called to their revels by the sound of the bluebells chiming but if a
human hears the chiming it means a malicious faerie is nearby and can possibly
foretells your own death. For this reason it is known as deadman’s bells in Scotland.
If you wish to attract faeries to your home plant bluebells in the garden. 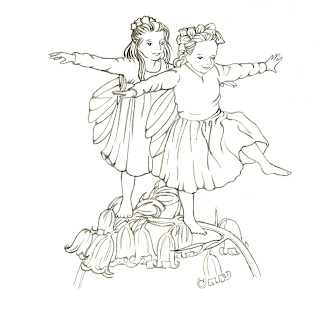 The Bluebell is a common bulb in England and Scotland, found less in Ireland.
Grows in dense patches in woods and hedges. The flowers are found in pink and
white as well as the more usual blue. All have a wonderful scent.
Flowers  April to June. 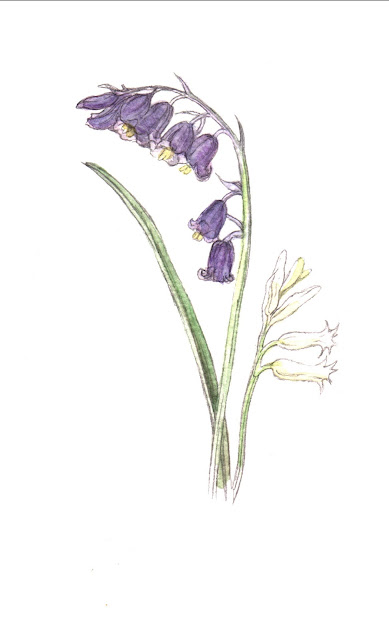 The bulbs of the bluebell are poisonous in their fresh state but have diuretic and styptic properties
and when dried and powdered have been used as a styptic for Leucorrhoea. Bluebells are currently being investigated in the treatment of cancer.
The viscid juice contained in the plant has been used for many things in the past, such as a substitute for starch, bookbinding gum and also for setting feathers upon arrows. 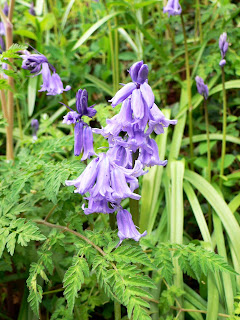 Excerpt from 'Faerie Flora'
Posted by A World of Magic Myth and Legend at 06:54 No comments: