To protect your home against faeries 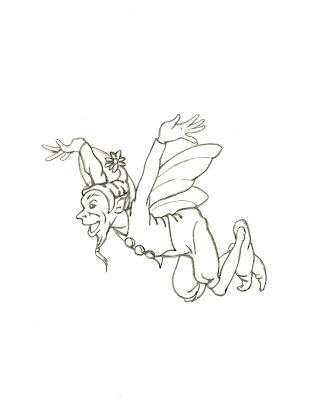 And evil spirits around  midsummer which can be the most dangerous
of the year, gather:
St John's Wort, Mugwort, Plantain, Corn Marigold, Dwarf Elder, Yarrow,
Ivy, Vervain and Orphins.
These must be picked at dawn with the dew still on them. Fashion them into garlands
and hang them over over the threshold to your home or alternatively burn them on
the fire to drive off the spirits of the air.
Posted by A World of Magic Myth and Legend at 05:34 No comments:

Midsummer is the time to keep your house clean... 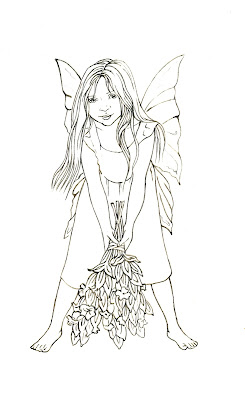 As nothing annoys the faeries more than a dirty home!
So sweep your hearth and set upon it a dish which holds a
mess of milk and bread. This will please the fae and if you leave your
shoes by the fire they will sometimes leave a coin in one of them.
But do not speak of it or they will leave, never to return.

"Farewell, Rewards and Faeries,
Good housewives now may say,
For now foul sluts in Dairies,
Do fare as well as they,
And though they sweep their hearths no less,
Than maids are wont to do,
Yet who of late for cleanliness,
Finds six pence in her shoe?"

The Faeryes Farewell. Richard Corbet c. 1625
Posted by A World of Magic Myth and Legend at 05:47 No comments:

Faeries are active at this time of year... 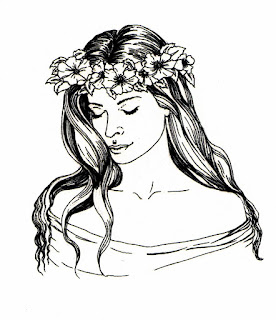 So this period around midsummer is the best time to bind them to
your service.
One way to get a faerie:
First obtain a broad crystal of approx 3" length and breadth
and lay it in the blood of a white hen for three Wednesdays.
Then remove and wash it with Holy Water and fumigate it.
Take three young hazel rods, peel them and write the faerie's name,
calling out the name three times as you write, bury the
rods under a faerie hill. Call the faerie on the following Wednesday
in the light of the moon. Keep your face turned to the East and when
she answers your summons bind her in the crystal.

Posted by A World of Magic Myth and Legend at 01:40 No comments:

We have been delighted every night this week by the aerial acrobatics
of a pair of swifts. In the cool of the evening we have sat on our decking
and have marveled at the way these birds swoop and glide so close to the
buildings that they have made us duck on several occasions.

Historically these birds have been known as the devils birds or devils bitches
because they are so mysterious , disappearing every winter only to reappear
when the summer arrives. Now we know they migrate to Africa.

But what amazing birds!

They can fly up to around 10,000 feet and do everything on the wing, feed,
drink, preen their feathers and even mate. 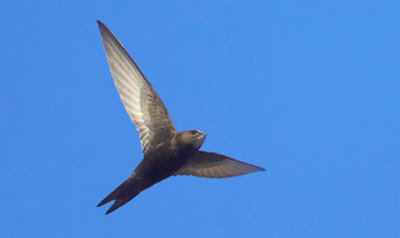 They also sleep on the wing and apparently shut down half their brain, while
still correcting their flight so that they wake up in the same place where they fell asleep.
Amazing!

In Moray the swift was believed to bring bad luck to river fishermen, while
historically farmers in southern counties were encouraged to shoot at them as they
were believed to be ‘regular limbs of Satan’.
However one farmer in Hampshire shot seventeen of the birds out of bravado and
subsequently had seventeen of his finest cows die!
Serves him right!

Since writing the above we now have two pairs entertaining us every night!

Posted by A World of Magic Myth and Legend at 07:39 No comments: