A Loveliness of Ladybirds... 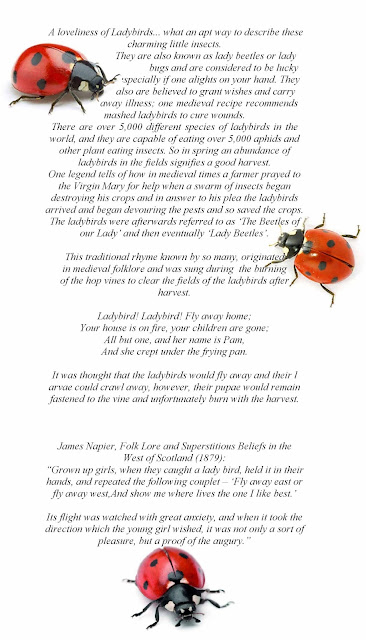 Apparently a group of Nightingales is called a watch! 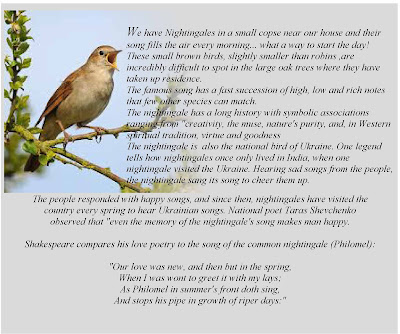 Posted by A World of Magic Myth and Legend at 04:25 No comments:

Easter Butterflies and other folklore! 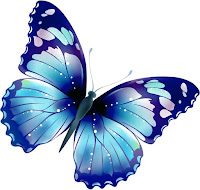 Traditionally on Easter Day it is the thing for everybody to wear
something new and bright like butterflies as there is an old saying
that if you don't wear a new piece of clothing on this special day
then the crows will spoil everything you have on! 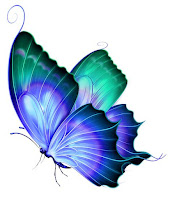 If it fine on Easter Day it is counted as a good portent for a fine
harvest that year, but if it rains before the morning service is over
then a bad harvest will follow.

Many celebrations occur around Easter, not all centred around the church...
apart from the well dressing and Maundy offerings there are some very strange
ones going on around the country...here is one that made me chuckle!

The proceedings start with the parading of a giant hare pie.
Hallaton’s vicar emerges from church and blesses the pie. Great greasy handfuls
of it are thrown into the hungry scrambling crowd. After that, things get even sillier …
The Bottle Kicking contest between Hallaton and nearby Medbourne can commence.
Confusingly, this involves neither bottles nor kicking. Instead the two village teams
face each other at Hare Pie Bank and fight over three small beer barrels, which have
been decked in ribbons. The casks are released in turn, and the opposing teams
attempt to roll or carry them to their village boundary. The scrum is rules-free and
notoriously bloodthirsty. The whole event can last for hours, with the both teams
sharing the beer contained within the final cask.Bottle Kicking is recorded as early as 1770, but its origin is thought to be much older.
It is believed to be linked to the sacrifice of the hare in the Dark Age worship of the
goddess Eastre.In 1790, the rector tried to ban the event because of its pagan origins — the next day
graffiti appeared on the vicarage wall: “No pie, no parson.” Unable to beat them, the
church joined them.

Posted by A World of Magic Myth and Legend at 06:15 No comments:

Just a few snippets of folklore from the Blackdown Hills... 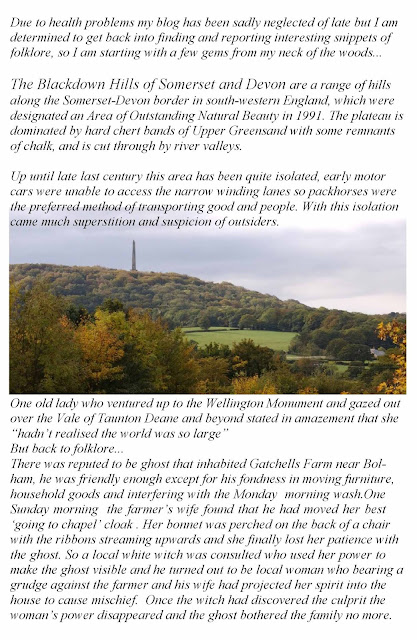 Posted by A World of Magic Myth and Legend at 08:42 No comments: