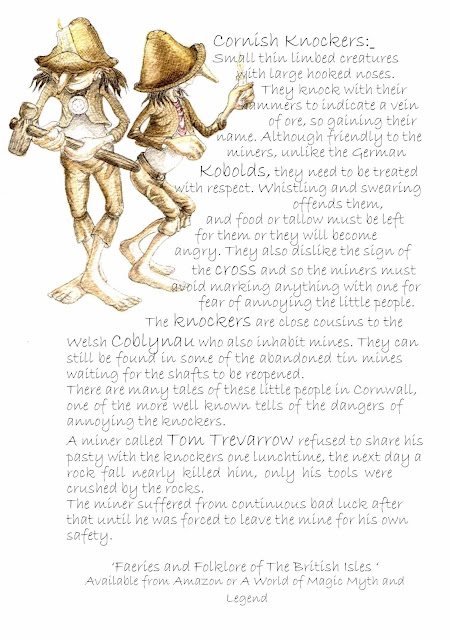 Posted by A World of Magic Myth and Legend at 07:02 No comments:

The Swifts are here... a sure sign of summer! 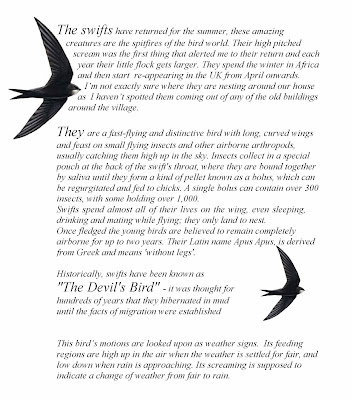 Posted by A World of Magic Myth and Legend at 02:58 No comments:

May is the best month for butter making

Markham, The English Housewife 1683
" There be many mischiefs and inconveniences which may happen to
butter in the churning, because it is a body of much tenderness and
will not endure much heat or much cold; for if it be overheated it will look white,
crumble and taste bitter, and if it be over cold the butter will not 'come' at
all, but will make you labour in vain." 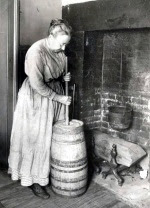 A charm to make the butter 'come' 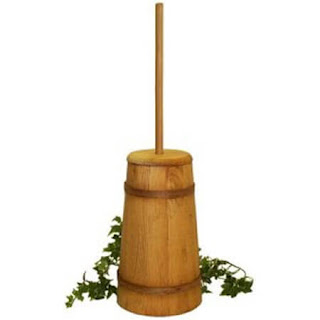 It was important  to protect cows in May; they would be adorned with
red ribbons and sprinkled with Holy Water to protect them from
faeries and witches.

In Ireland there were 'butter witches' who by magic would divert their
neighbour's cows milk to their own.
The witch would prosper and the farmer would be left with nothing.
To prevent this the farmer would braid the cow's tail, leave cinders or
iron tongs near the churn. 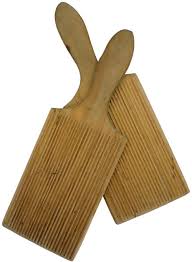 A pair of brothers were churning butter one day when the handle of the
‘dasher’ used to churn the milk broke, so they cut a branch from a nearby
elder tree and used that. The churning continued until the brothers realised
that they had made more butter than they could fill their pats with.
The following day they loaded up all the extra butter on the wagon and
travelled to the nearby town, and set up a stall in the market place.
The delicious golden butter soon sold out and
by the end of the day they had filled their saddle bags with coins
This good fortune continued; every time they used the elder 'dasher' they filled all
their bowls and pails with butter; this continued for some time until the
older brother became concerned, thinking it was all too good to be true
so he consulted a fairy doctor.

She told him that he had been a fool to speak of their luck as the branch of
elder was from a fairy trees and speaking of it to an outsider would
break the spell, and it did. The churn never produced the delicious golden butter
again but the frugal brothers had spent their money wisely and lived
comfortably for the rest of their lives.

There is a rather gruesome tale that in Ireland it was not uncommon  to use a
preserved hand of a corpse to stir the butter with, one family using their deceased father's hand; brings new meaning to a family business!
Posted by A World of Magic Myth and Legend at 06:17 No comments: 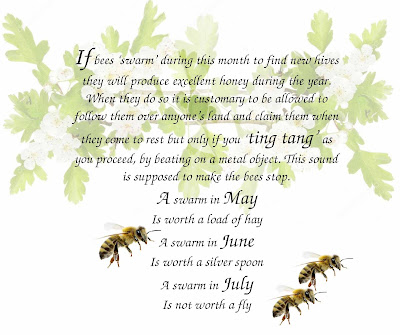 Posted by A World of Magic Myth and Legend at 05:27 No comments: 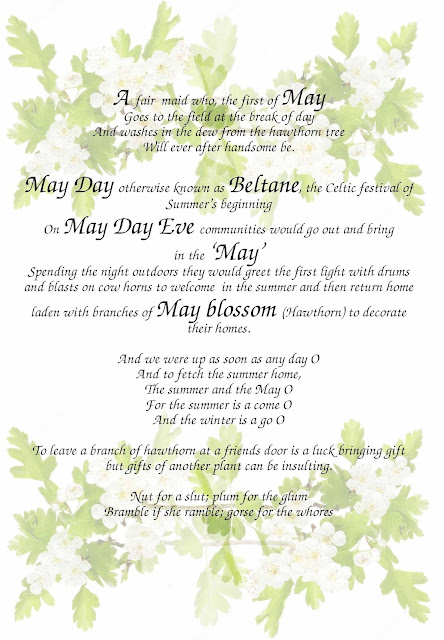 Posted by A World of Magic Myth and Legend at 05:28 No comments: