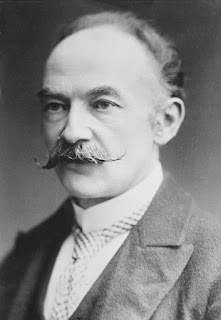 Thomas Hardy, English novelist and poet, born 2nd June 1840,  near Dorchester, Dorset. Hardy set all of his major works in the southwest of England, known in his novels as 'Wessex' after the medieval kingdom of the Anglo Saxons. Many of the places that he used in his novels do exist but in many cases gave the places fictional names, such as Casterbridge in 'The Mayor of Casterbridge' is the county town of Dorset, Dorchester. And the infamous Mixen Lane of that novel was Mill Lane, according to Hardy where all the lowlifes and scoundrels of Dorchester lived.
I have to say I take exception to that as my grandparents and great grandparents lived there for many a year and good church going folk they were!

Hardy was born in a small cottage at Higher Bockhampton which lies at the edge of Puddletown Forest.
The cob and thatch cottage was built by Hardys’ great grandfather and has been little altered since the family left.

Hardy, despite training as an architect returned to his first love of writing and it was here in his birthplace that he wrote many of his earlier works including ‘Under the Greenwood tree’ and Far from the Madding Crowd.


This is one of several conifer plantations which consumed much of Dorset's heathland just after the war. There are still fragments of heath to be seen and some broad leaf trees, such as chestnut, oak and birch so it is a pleasant walk along the many paths threading through the forest. 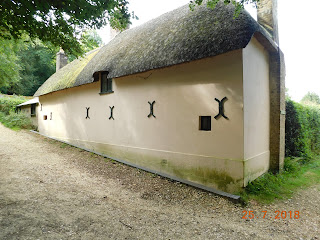 This part of Dorset was mainly heath land in the time that Hardy lived  there and inspired the references to the ‘Egdon Heath’  of The Return of the Native. 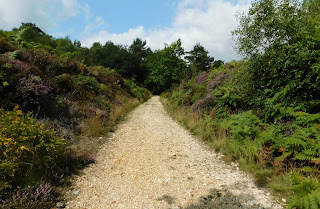 Today the area is planted with mainly conifers and would be unrecognisable to Hardy. 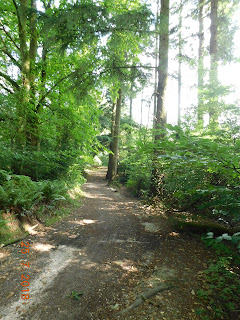 Within a mile of the cottage is the area known as Rainbarrows, a cluster of ancient bowl barrows on the edge of the steep escarpment fringing Duddle Heath.
Bowl barrows are the most numerous form of round barrows and are believed to be funerary monuments dating from the late Neolithic period to the late Bronze Age. Constructed as earthen or rubble mounds and are sometimes ditched. They would have covered single or multiple burials. The three bucket urns containing cremated remains which were found at the site are now held in the Dorset County Museum in Dorchester. 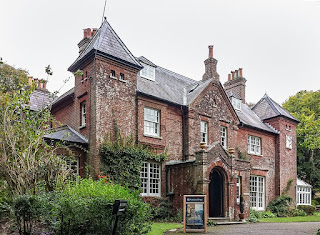 A local girl was delivering laundry to the house that morning and was refused entry by her older sister who worked for the Hardys. She told the young girl that the 'old man' had died and that he had been taken down to the kitchen. The local Doctor removed Hardy's heart and it was placed inside an Oxo tin. From there it was to be transferred to a casket supplied by the local undertaker and taken to Stinsford Vicarage until it was placed into his first wife's grave.
His ashes were interred at Poets Corner.

This is a gruesome anecdote told by some... that the heart was removed, wrapped in a tea towel and placed in a biscuit tin which was then lodged in a meat safe awaiting the arrival of the undertaker.
When he arrived some time later he found the open tin, the remnants of the tea towel and a very satisfied looking cat. The undertaker grabbed the cat, wrung its neck and put the remains of Hardy's heart back into the tin with the cat saying, 'Mr 'Ardy wanted his 'eart buried at Stinsford and buried at Stinsford Mr 'Ardy's 'eart shall be!'
And so the remains of the heart plus the cat are supposed to have been interred together.

But according to the memoirs of the young laundry girl the cat never ate the heart and that it was all a fallacy!
So I guess nobody will ever know!

Posted by A World of Magic Myth and Legend at 05:35 No comments:

Well, it wasn't the weather we would have liked but it didn't dampen anybody's enthusiasm at the Fairy Festival!
Here are a few quick snaps of our Gazebo:

The Shelf Faeries seem to have taken over this year, but I do sell cards of my artwork and my books such as The Faeries and Folklore of the British Isles, Faerie Flora and The Psychic Sisters series. 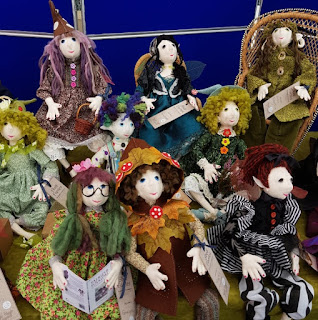 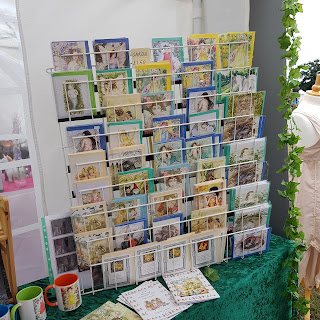 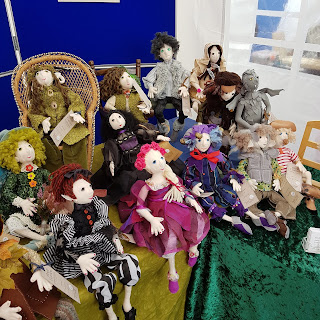 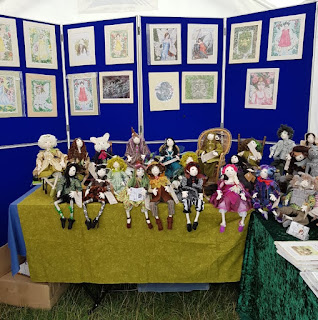 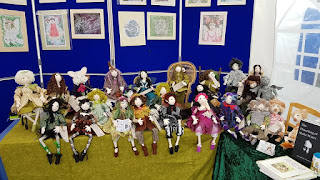 Sharing the Gazebo this year was 'The Ivory Dolls of Glastonbury' with an array of beautiful clothes and accessories. 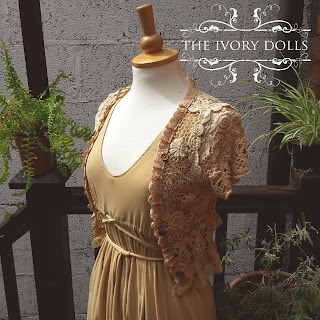 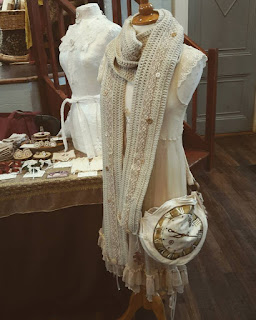 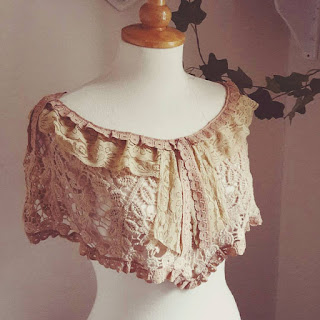