In the 19th century, Pensher Hill, County Durham, was known far and wide for being
the home to a tribe of faeries, who were often heard by the locals and passer-bys patting
their butter on its slopes on moon lit nights.
One night a man who wending his way home after a visit to the local market heard
one of the fae call out to him, 'Mend that peel!'
The next day he passed close to the spot where he heard the small voice and found a
broken peel lying on the grass. ( a peel is a flat wooden shovel that was used for taking
bread out of the oven) He picked up the tiny shovel and carried it home to mend it.
The next day he returned the mended peel and left it in the same place. The man passed
close to the spot the following day and found a slice of bread lying on a flat stone,
with a thick layer of butter spread on it. However  he did not pick it up and eat it as
he feared that by eating faerie food  it would put him in the faeries power. The faeries
did not take kindly to having their gifts spurned and before he and his dog had reached
the top of the hill, the animal has fallen down dead. 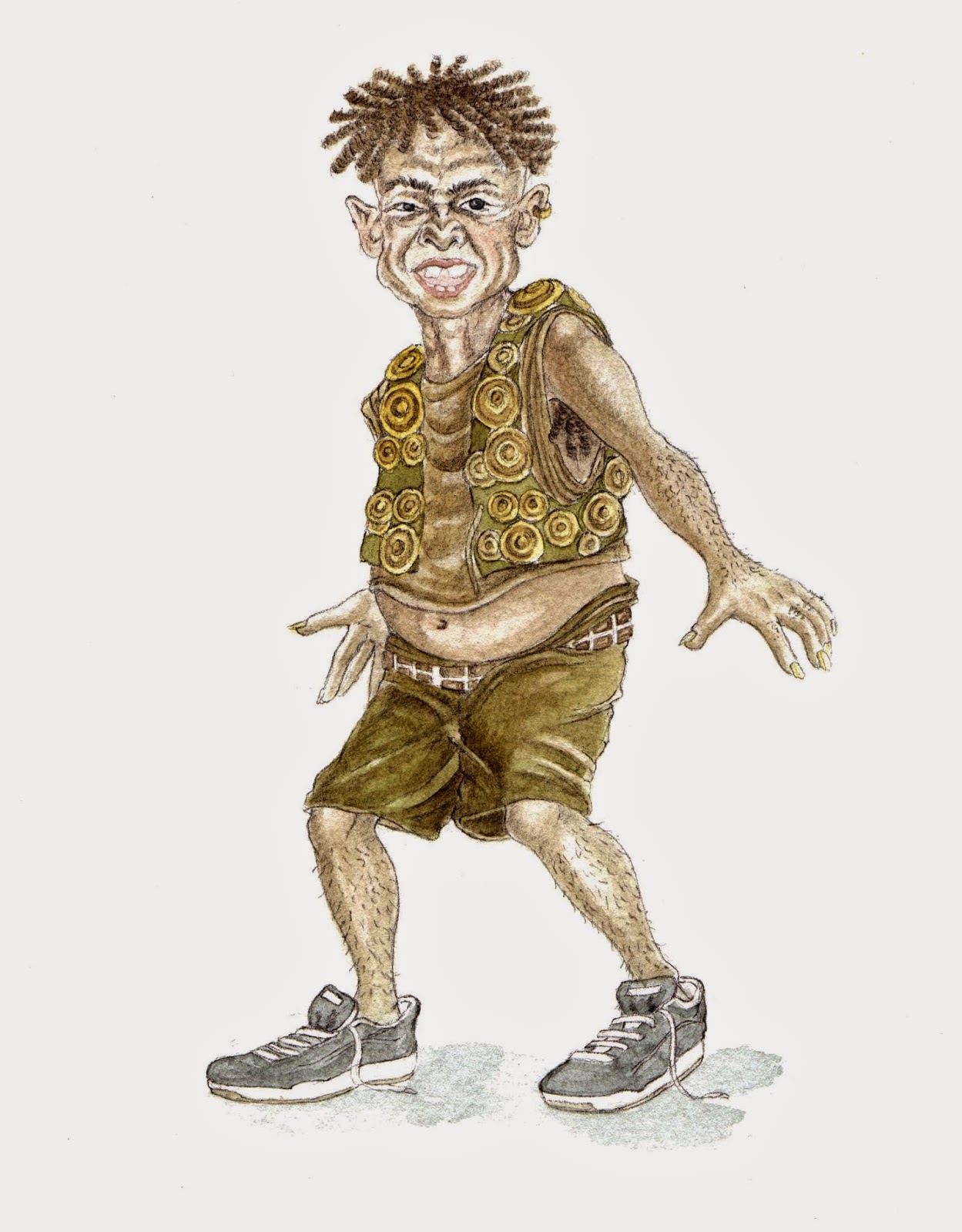 There is a similar tale in Lupton, Westmorland; an old farmer called Michael
Black was coming home late one night from Kirkby Lonsdale and came to the
crossroads between the two villages. During the time that he had been gone from
his home a huge prickly hedge had sprung up across the road.
While he staring and scratching his head in
astonishment a little gentleman came up to him and promised in return for
some of the butter from the man's back pack he would find him a way through the hedge.
The farmer did so and eventually got home in the early hours of the morning
minus a pound of his butter.
When he passed that way shortly after he found his butter lying next to
the road where he had met the little man.

This incident was believed to have taken place in about 1855 and was
recounted by the farmers descendants. It was unclear why the faerie had left
the butter, although faeries are traditionally associated with butter making.
One author writing in 1899 said it was still common even then for dairymaids to
put salt on the fire at churning times 'so that t'fairies mayn't stop t'butterfrae comin'.
Not only were the little people believed to stop other peoples
butter from coming they also made it themselves at night in farmhouses
after the family had retired.
He adds in his work that faeries could be rather thriftless for it was common to
find bits of butter scattered in the woods as they fled the morning light.

The faerie butter is in fact a yellow fungus called Tremella mesenterica which is
common in northern England. 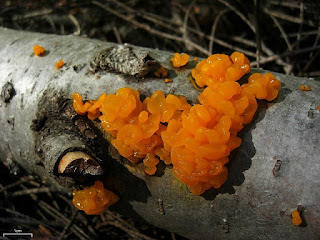 Posted by A World of Magic Myth and Legend at 11:59