The Leprechaun and the Clurichan 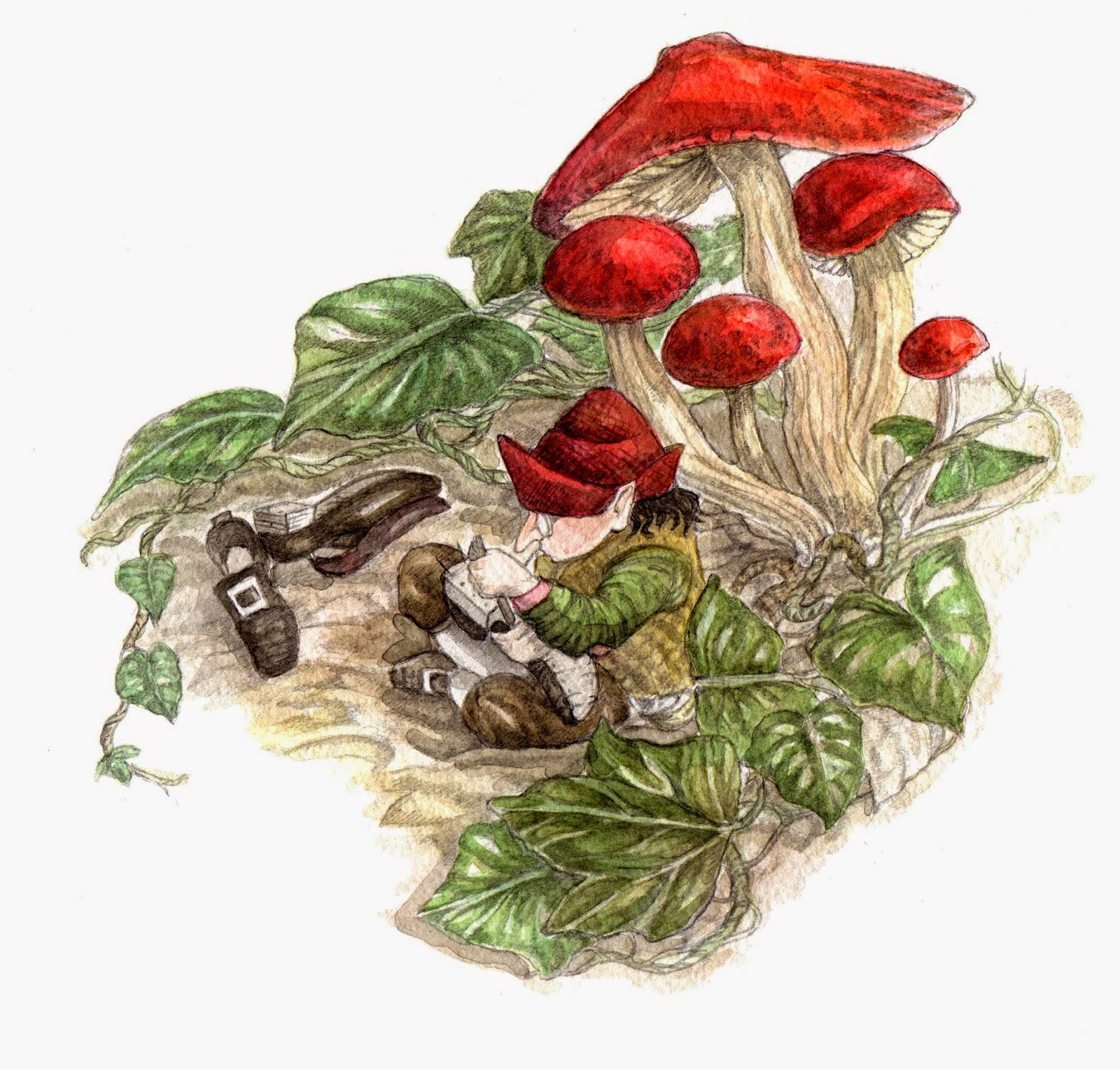 I am sure that everybody has heard of the Leprechaun, also known as the Fairy Shoemaker.
The word leprechaun comes from the Irish Lu Chorpian, meaning small body. They are usually no larger than a small child, with a beard and always wearing a hat. His clothes vary from region to region; prior to the 20th century, it was believed that the leprechaun wore red not green.
An article written in 1831 by Samuel Lover describes the leprechaun as;
'quite a beau in his dress, notwithstanding, for he wears a red square cut coat, richly laced with gold and inexpressible of the same, cocked hat shoes and buckles.'
The Northern Leprechaun or Logheryman wore a "military red coat and white breeches, with a broad-brimmed, high, pointed hat, on which he would sometimes stand upside down".
According to the author Yeats, the solitary fairies, like the leprechaun, wear red jackets, whereas the "trooping fairies" wear green. The leprechaun's jacket has seven rows of buttons with seven buttons to each row. On the western coast, he writes, the red jacket is covered by a frieze one, and in Ulster the creature wears a cocked hat, and when he is up to anything unusually mischievous, he leaps on to a wall and spins, balancing himself on the point of the hat with his heels in the air."
On the wild west coast of Ireland, where the Atlantic winds bring almost constant rains, the leprechaun dispenses with ruff and frills and wears a frieze overcoat over his pretty red suit, so that, unless on the lookout for the cocked hat,' ye might pass a Leprechawn on the road and never know it's himself that's in it at all.'

The leprechaun is usually found in solitary places, around clear running streams and woods. He busies himself making shoes for the fae and stores up his payments of gold in huge pots. The sound of tapping can often lead you to a leprechaun, so listen carefully the next time you are walking in remote woods.
If ever captured by a human, the Leprechaun has the magical power to grant three wishes in exchange for their release. But if the mortal takes his eyes off him even to blink the Leprechaun will vanish. One way to distract him is to admire his skill in making shoes and then make off with the gold.
Another way to find the Leprechaun’s gold is to locate the end of a rainbow, if you can do this it will
pinpoint the exact location.
The Leprechaun wears two leather purses in each of which is a silver and gold coin.
The silver coin returns magically to his purse even after being given away.
The gold coin is only given away when the Leprechaun needs to buy his freedom, and while the mortal is busy congratulating  himself and examining the coin the
Leprechaun will disappear and the coin will turn to ashes.
If you do manage to get three wishes from him be careful of what you wish for!
One common story was of Seamus in County Mayo who wished to be the richest man on a tropical Ireland but when his wish came true he suddenly realized that there were no shops or pubs on the island to spend his money or even people to talk with. Unfortunately Seamus became bored after a few hours on the Island and had to waste his third wish to return to Ireland.
The earliest known reference to the leprechaun appears in the medieval tale known as the Echtra Fergus mac Léti (Adventure of Fergus son of Léti). The text contains an episode in which Fergus mac Léti, King of Ulster, falls asleep on the beach and wakes to find himself being dragged into the sea by three lúchorpáin. He captures his abductors, who grant him three wishes in exchange for release.

The Leprechaun is so popular in Ireland it has its own museum in Dublin. 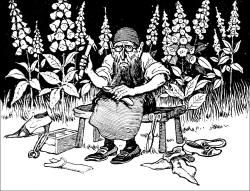 Little Cowboy, what have you heard,

Up on the lonely rath's green mound?
Only the plaintive yellow bird
II.
III.

The Leprechaun's close cousin is the Clurichan, from the Irish clobhair-ceann, who resembles the leprechaun greatly. Some believe he is the night form of the leprechaun, who apparently goes out drinking after his daily chores.
Nicholas O'Kearney, a folklorist, writing in 1855 describes the clurichan,
'The Clobhair-ceann was another being of the same class; he was a jolly, red faced drunken little fellow and was ever found in the cellars of the debauchee, Bacchuslike, astride the wine butt with brimful tankard in hand, drinking and singing away merrily. Any wine cellar known to be haunted by this sprite was doomed to bring it's owner to speedy ruin,'

Posted by A World of Magic Myth and Legend at 08:01