Faerie rings:- Ring of fungus which grows in grass or turf.
This is where faeries and witches gather to dance and sing so it can be a very dangerous place to step in unaware.
If you are drawn inside you can only escape the dancing faeries if a human chain pulls you out of the ring. You will lose all sense of time and what might have seemed like minutes could have been hours.
But this is the down side of faerie rings, there are some advantages.
If you run around a faerie ring nine times under a full moon this will enable you to see and hear the faeries, but do not do it on All Hallows Eve or May Eve as these  are very important faerie festivals. They would be very offended and carry you off to faerie land.
If you would like a wish granted you have to stand in the middle of the ring under a full moon and it will come true. How you are supposed to do this without getting caught up in the dancing I don’t know, but give it a go, just remember to take back-up. 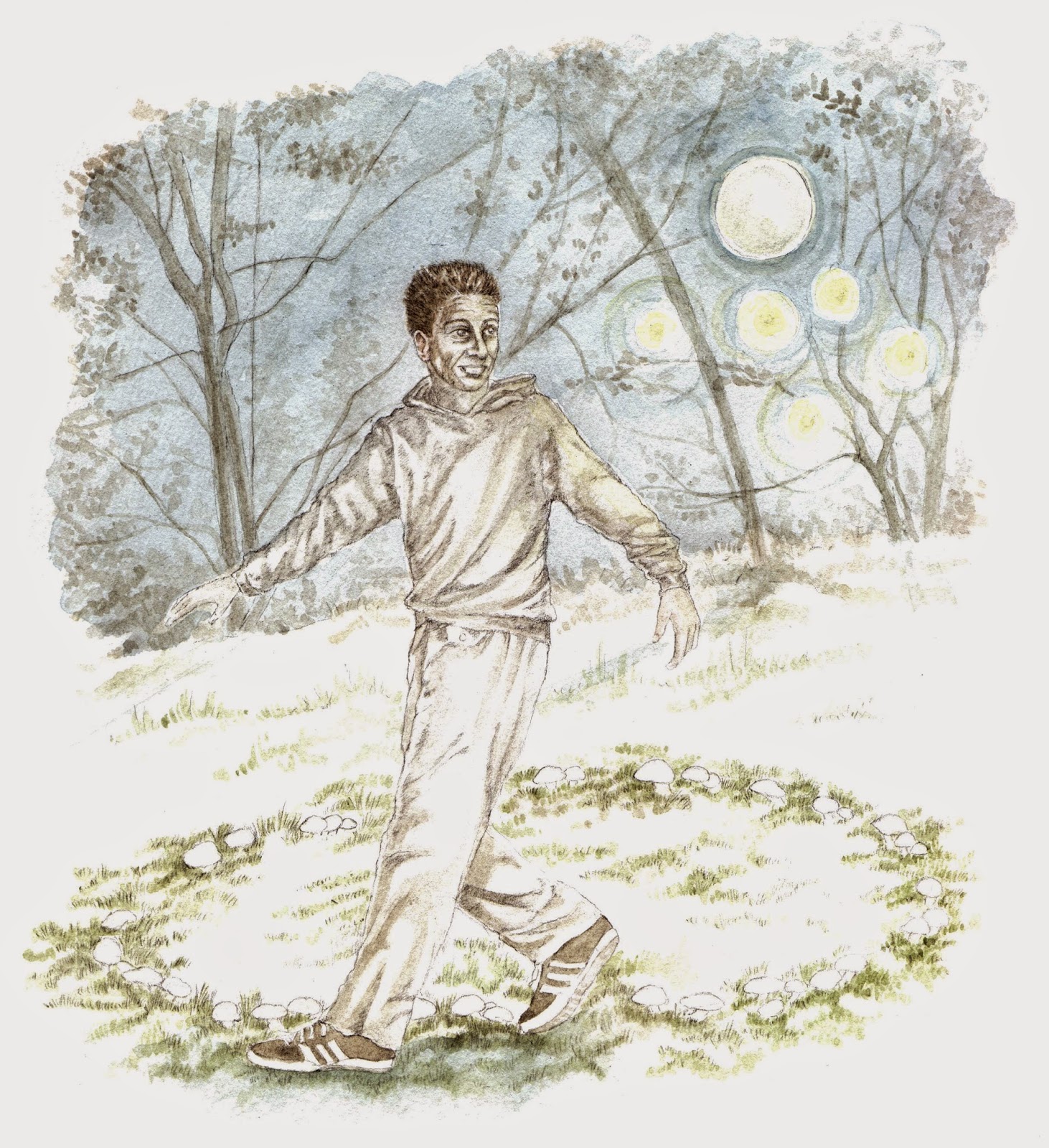 There are many mushrooms that form Faerie  Rings, some are edible
but there are quite a few that are extremely dangerous to eat.
Mostly found in grass but can also be seen in
woodland.
Faerie courts, Faerie dances, Faerie walks, and
Hag tracks are just a few of the names these
rings have been known as over the years.
Some of the Faerie Rings can grow for many
years and reach enormous sizes, the largest was
supposed  to have been 650 metres
across and it was believed to be over
700 years old. 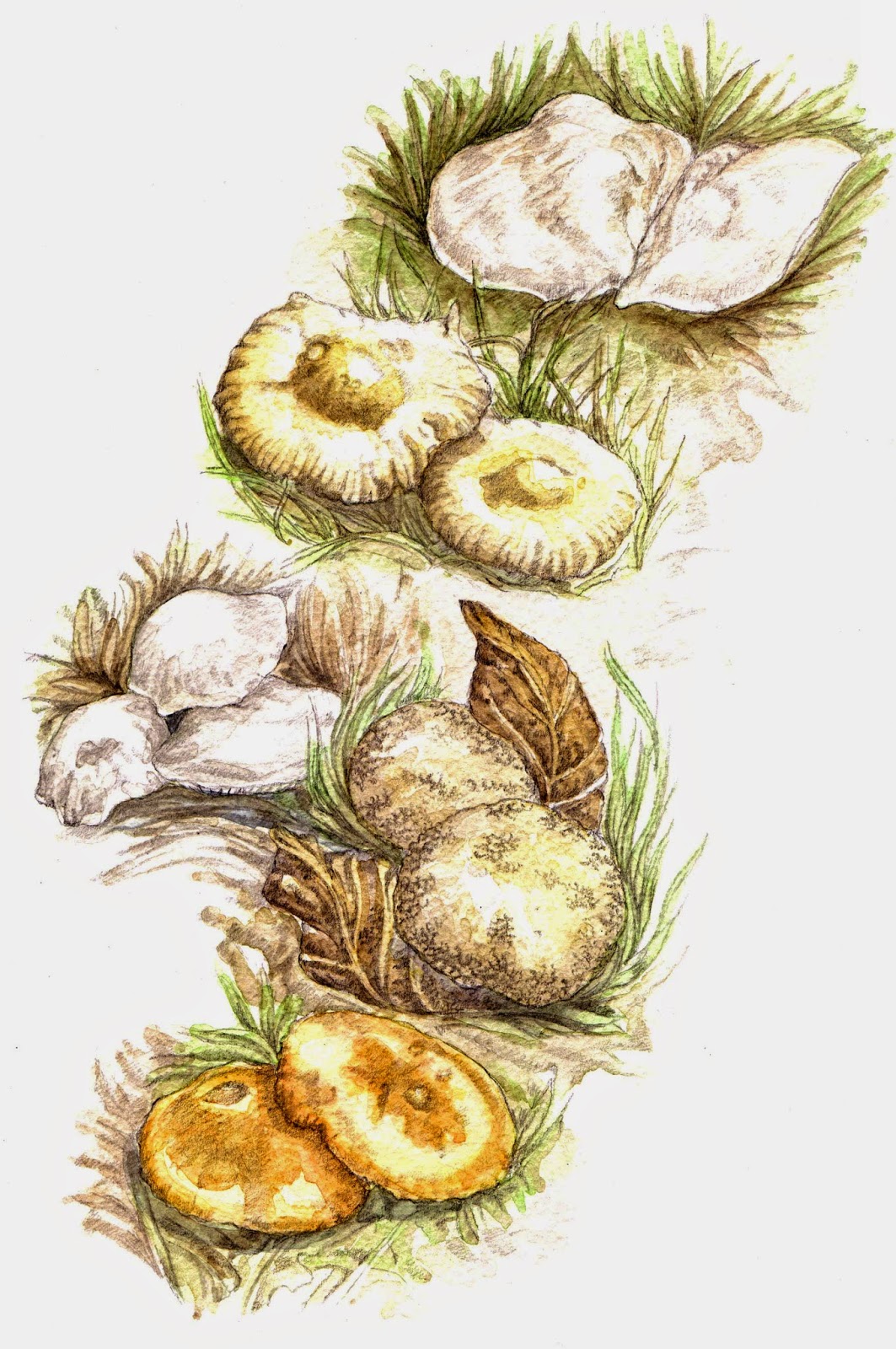 St Georges Mushroom.
This one forms one of the largest
Faerie Rings, found in fields on
chalky soil.

Fairy Ring Champignon.
One of the most
common, forms
large rings
especially on lawns.
Appears in early
summer after rain.
In Victorian times it was known
as Scotch Bonnet.

Cream Clot.
Appears later in the Summer
but often grows in the
same Ring as the above.

Meadow Puffball.
This is found in grassland
including lawns.

Young girls would often bathe their face in early morning dew to improve their looks,
but the dew from inside a Faerie Ring would have the opposite effect.
Their skin would erupt in warts and spots.
Posted by A World of Magic Myth and Legend at 02:54