Overlooked by his sister in law! 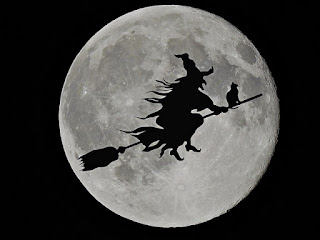 In the late nineteenth century in the town of Gillingham, Dorset a man
applied for poor relief to the guardians of the Shaftesbury Union
Workhouse on the grounds that he was unable to work.
He had consulted a Doctor who confirmed that he was unfit for employment
but could not specify a medical reason for his infirmity.
The man himself knew the reason however; he claimed he had been
overlooked by his sister in law!
His wife then visited a local wise woman at Stalbridge in an effort to
gain a cure. It brought relief for a while but then the illness returned with
renewed vigour.
He declined any medication from the Doctor saying that anything
he, the Doctor, provided could not work against witchcraft.

The outcome of the case is not recorded.
Posted by A World of Magic Myth and Legend at 09:03