The Witch of Affpuddle in Dorset

‘Her evil wish that had such pow’r,
That she did meake their milk an’ eäle turn zour,
An’ addle all the eggs their vowls did lay ;…
The dog got dead-alive an’ drowsy,
The cat vell zick and woulden mousy ;
An’ everytime the vo’k went up to bed,
They wer’ a hag-rod till they were half dead’

A Witch by William Barnes 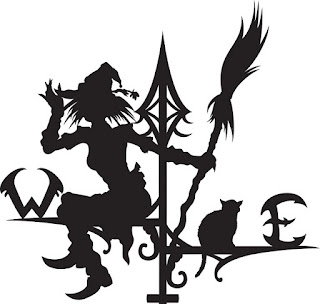 A  clergyman, the Rev William Ettrick, Rector of Turners Puddle and Vicar of Affpuddle was left in no doubt about a witch called Susan Woodrow powers. ‘I was once incredulous about the power of witchcraft, but have no doubts remaining,’ wrote the Rev.

It had all started so promisingly, when Ettrick hired Woodrow to work in his garden at


Turners Puddle. She was said to have green fingers and Mr and Mrs Ettrick ‘rejoiced’ at the ap-pointment. But their rejoicing was short-lived. Just four days after Susan’s arrival, the
young and previously ‘hard and healthy’ horse that carried the rector around his scattered
parish fell seriously ill. It was the first of several ailments for the poor creature, which died eight months later. I suspect that farrier John Adler’s dubious potions contributed more to the horse’s suffering than anything Susan Woodrow could cook up, but Ettrick thought differently. Despite admitting that Adler’s ‘poisonous Hotchpotch ointment’ had blistered the horse’s throat to the point that it could not eat and also ruined its lungs, he later paid his bill and ‘relieved him of the blame of killing the horse’, which he now ‘attributed to an evil influence’.

Meanwhile, all was not well in the garden that Woodrow was employed to tend. In April 1804
Ettrick noted the failure of his grass seed, while on June 6 he complained that the higher
garden was ‘still unplanted with potatoes’. This was hardly Susan’s fault, as the poor woman
had been ‘long time hindered by sickness’. She planted the potatoes as soon as she returned but
this was not the end of the matter. The potatoes sorted and stored by Woodrow for the winter
became rotten whereas those ‘thrown up by ourselves in a careless manner as being less valua-ble’ were ‘quite sound and good’. The lost spuds had cost them £3.

Other produce fared even worse. The seeds of broad clover and sainfoin yielded ‘not a single plant’ between them, despite being fresh and well raked in. The bed of savoy cabbages and pars-nips also ‘failed entirely’, as did the raspberries and indeed ‘most of the gardening done by her at two shillings a day and drink’. It may be that Susan was no better at gardening than John Adler was at curing horses, but Ettrick was not convinced. ‘Everything she touched affords fresh re-membrances of her malignant and diabolical influence,’ he wrote in his diary.

Other alleged victims of Woodrow’s ‘satanic influence’ included six gallons of vinegar, which ‘failed unaccountably’ to turn sour; a dog’s death; and a pig’s sickness. The bizarre irony of his own words is lost on Ettrick when he comments that the ailing pig was ‘killed to prevent it dying, and salted for food’.
On 22 July 1804, Elizabeth Ettrick gave birth to the couple’s fourth child. The event was attended by five women with Susan Woodrow as midwife. The baby boy had a ‘peculiar and most vexatious illness’, which required 24-hour care. Ettrick likened the condition to a ‘demonical possession’, which had begun ‘immediately after the child was snatched from his mother’s arms by a hag and reputed witch’.

To counter her work, Ettrick tied a charm, inscribed with sacred words, around the baby. The remedy had an immediate and ‘wonderful’ effect, bringing about a ‘sudden and entire peace, and healthy symptoms in all respects’. The baby’s recovery coincided with Susan’s absence for two weeks. When she returned, the child suffered a relapse.

‘We have reasons very strong and many to ascribe to this ill-looking and worse-tempered wretch: the sufferings of this child, the curse upon the horse, etc,’ wrote Ettrick. ‘She has often dropped expressions that excite great suspicion and express pleasure  trouble, saying it was right, and as it should be, with a malignant grin, but never once offered the bare civility of wishing the child better, which is most surprising, so much as we have befriended her.’
The Ettricks resolved to sack Susan but delayed for weeks. What prompted William finally to act was a dream in which an ‘ill-omened black-looking bird’ flew around the parlour and pitched on his head. With great difficulty against its ‘hideous cries’ and attempts to hurt him, he wrung its neck, yet even the cat refused to touch it. Ettrick believed this symbolised ‘our final victory and the truth of our suspicions of what she was – not meat even for a cat’.

Woodrow was sacked on 4 January 1805 but refused to accept her dismissal, returning later to ask what she had done wrong and try to ‘worm herself into our good opinion’. If Ettrick believed this was the end of the matter, he was to be disappointed. In the last diary entry that we are aware of in September 1805, he reported the mysterious ‘dwindling away’ of the family’s bees, ‘Susan having had her hands on them last year’. Whether her influence contributed to William’s decision to leave his parish three years later, we cannot be sure.

History records that Ettrick was a keen diarist and kept numerous papers and accounts, the family also records that some of these papers were placed within a large glass bottel and passed down through the generations. The bottle remained sealed for 100 years until it was given to the Dorset History Centre in Dorchester where it was opened to reveal the personal accounts within.

Posted by A World of Magic Myth and Legend at 06:11