The folklore of Trows

Trows are often confused with the Orkney Hogboon or Hogboy, although they are not so nasty. Trows appear similar to humans although the Peerie Trows are small enough to shelter under leaves. 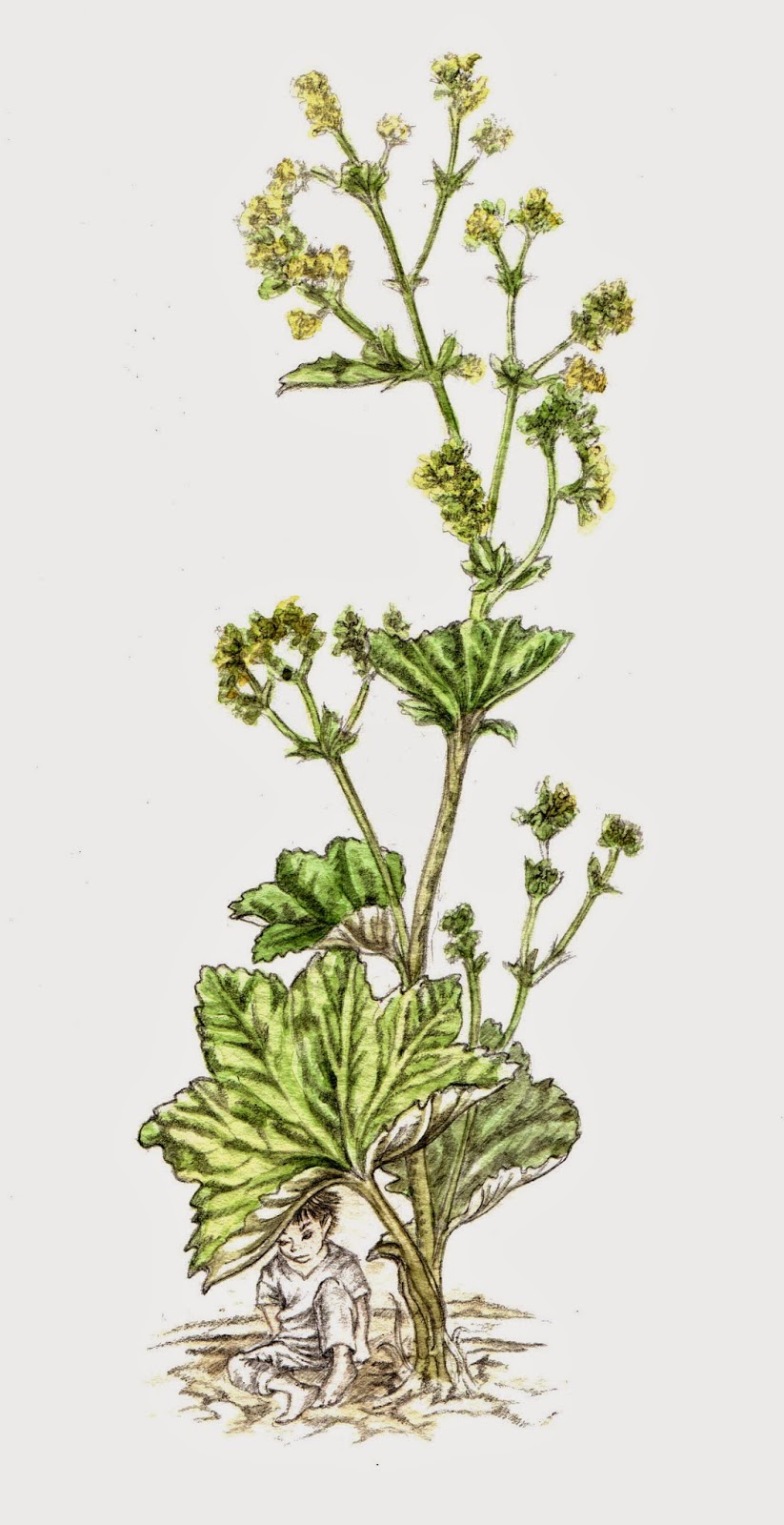 The larger Trows have a nasty habit of carrying off young girls and midwives.The Trows of Shetland are very keen dancers, their lack of grace is made up for by their great enthusiasm.
There is a story of a Trow woman who gatecrashed a couple's wedding, unable to watch the festivities any longer without joining in she burst into the hall and began dancing in the usual henking fashion of the Trows.
Squatting down and holding her hands tightly between her thighs and calves, she hopped up and down the hall impatiently waiting for one of the mortal men to join her. When no one volunteered she became rather peeved and began whirling around and around chanting:
'Hey, Co Cuttie; and ho co Cuttie
An wha' thee dance wi' me co Cuttie
I luke aboot an sae naeboody
Sae I'll henk on mesain, co Cuttie'
Until breathless she gave up on the mortal men as a bad job and vanished. 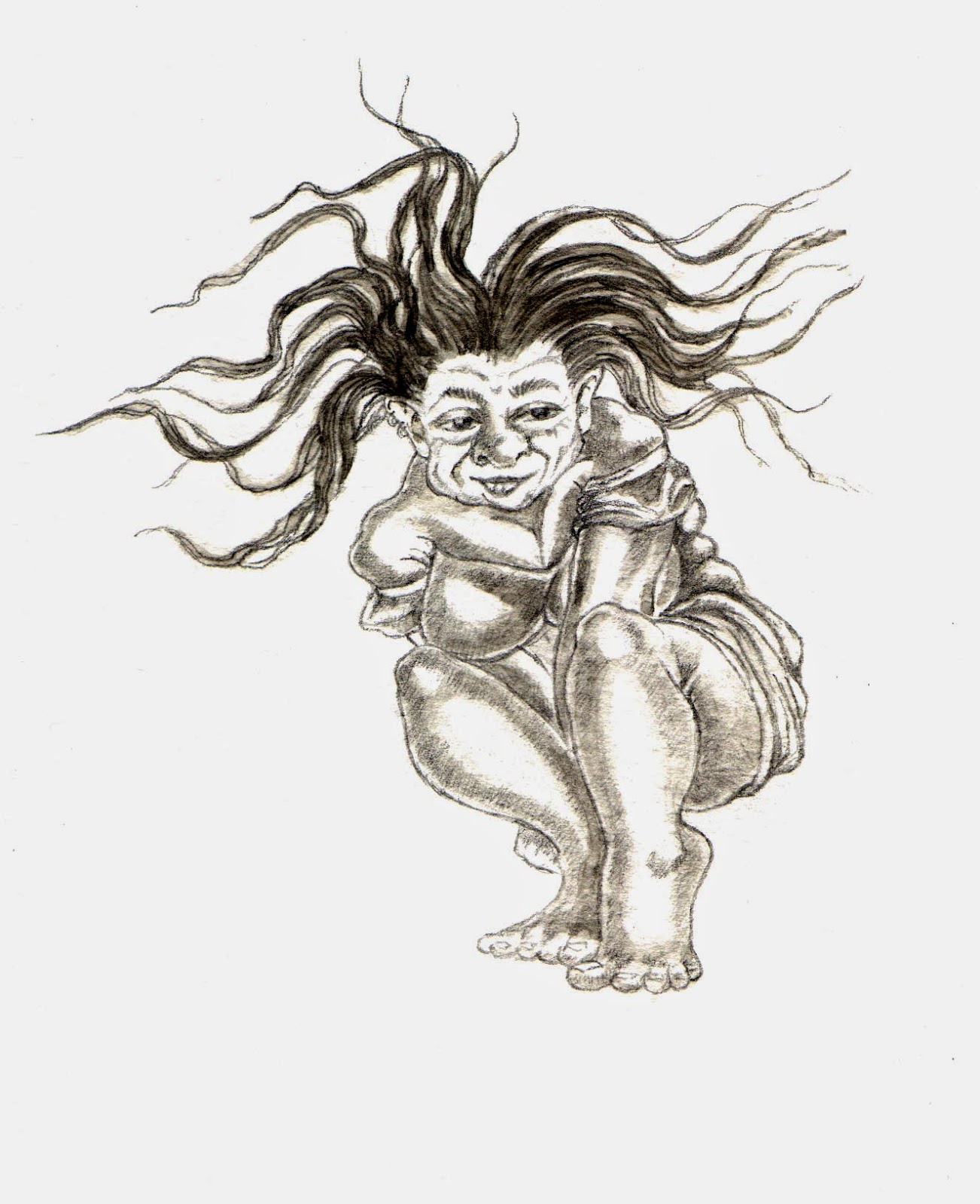 On Yule Eve when Trows are very active, it is the custom to unlock every door in the house as they hate locked doors and will break them open. They are frequent visitors to crofts and like to sit by the hearth.
'Faeries and FolkLore of the British Isles'

They also like to have the hearth to themselves and that every Saturday night it should be swept clean with a pail of fresh water left there for them.
One young boy was asleep on the hearth one Saturday as guests had arrived and he had given up his bed for one of them. In the confusion of their arrival all of this had been forgotten.
The Trow arrived and were very angry to find they needs had been neglected and worse to find a small boy asleep on the hearth.
They made so much noise that it woke him. When he opened his eyes he saw two Trow wives sat opposite him. One carried a baby, it was the loveliest baby that the boy had ever seen, except that it had three eyes, the extra in the middle of it's forehead.
The other Trow finding no fresh water went in search of something else and found a large beer barrel.
They washed themselves and the baby and then all of their dirty clothes in the beer, when done they poured all of the dirty beer back into the barrel, saying;
'Tak ye dat for no haeing clean water ae da hoose.'
They then cuddled down near the warm fire and spread their clothes out near the flames to dry.
Now the boy knew that if he kept his eyes on them without blinking then the Trows could not leave, so he watched and watched, listening to their conversation in the hope of hearing something about buried treasure.
Before long the Trow wives began to fidget as dawn was approaching but they could not leave as the boy kept his eyes fixed upon them. At last one of them thrust the tongs in the fire, as soon as they became red hot she advanced on the young boy and pointed the  smouldering ends at his eyes. The boy of course screamed and blinked and the Trows took advantage of this moment when his eyes were shut to disappear.
Of course the next morning when all the guests wanted beer with their breakfast all they found in the barrel was very dirty smelly water.
Posted by A World of Magic Myth and Legend at 04:09