Eggardon Hill: home to the supernatural Huntsman and the Demon Hounds 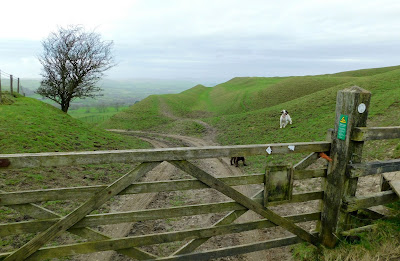 We decided to chance another visit to this amazing hill, located on the chalk uplands near Bridport in Dorset it was once the site of an Iron Age fort dating from 300 BC.

It was first documented in The Domesday Book of 1086. There are several barrows on the site but the hill has never been excavated

It has an excellent defensive position with its steeply sloping sides and excellent views over the surrounding countryside and Jurassic coastline. The view to the sea is so good that the notorious local smuggler Isaac Gulliver 1745 -1822 planted a grove of pine trees on the hill to guide his ships as they approached the shore. The trees were later felled on Government orders but the octagonal earth works built to protect them can still be seen today.

The weather forecast wasn't too bad, in fact it was quite mild when we left our little village but as usual, and as many locals will tell you, Eggardon is a law unto itself.

I don't know if its due to ghostly hordes that haunt the hill but it was freezing up there and blowing a gale!

Even on a summers day it has strange atmosphere but today, with a mist rising from the valley, it was downright spooky...

No other brave soul had ventured up there, just us... 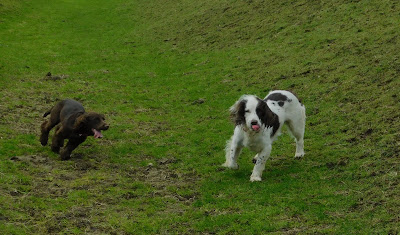 But the dogs Millie and Mabel enjoyed themselves however....

For the full windy experience of our day on

Eggardon Hill click the link to the video below

During certain phases of the moon a ghostly horde of  faeries, demons and witches
hunt across the hill looking for the souls of the long dead. Their eerie cries can be heard echoing around the ramparts
For more info about the folklore of Eggardon and the surrounding countryside try
Faeries and Folklore of The British Isles.
http://www.magic-myth-legend.co.uk/faeries-folklore-of-the-british-isles
There is also the legend of the Huntsman and the Black Hounds that travel with him, some believe him to be the Devil...
The Black Hunt is mentioned in the novel 'The Doll' a spooky supernatural thriller.
http://www.magic-myth-legend.co.uk/the-doll
There are also Skylarks to be seen on the hill...very inconspicuous while on the ground but once airborne its distinctive song makes it readily recognisable!
Sadly the bird due to its decline in recent years is now on the Red List for endangered species. 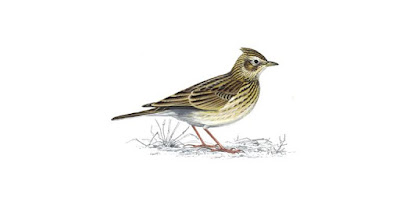 Posted by A World of Magic Myth and Legend at 07:05