Hairy Meg the Brownie from Scotland 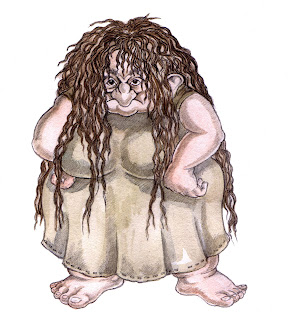 A hundred years ago Hairy Meg lived in the farmhouse at Achnarrow near Glenlivet Scotland. As per usual she did all the work and was regularly rewarded with a bowl of milk and a piece of oat cake.
After a particularly bad year on the farm, the crops failed and the animals died, the farmer decided he couldn't afford to keep the rest of the servants so he sacked them all much to Hairy Meg's disgust. She was so upset that she went on strike refusing to do any of the chores and throwing pots and pans around the farmhouse.
Hairy Meg made such a nuisance of herself that the farmer had to relent and give all the servants back their jobs and immediately Hairy Meg regained her temper.
You can tell she was happy!
( she reminds me of my old history teacher!!) 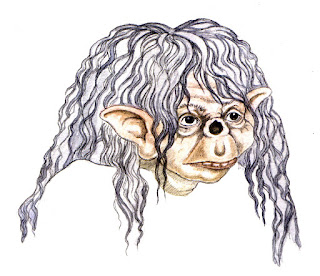 Aberdeen Brownies have no separate toes of fingers while in the Scottish lowlands they have a hole instead of a nose while others have no mouths just huge noses. 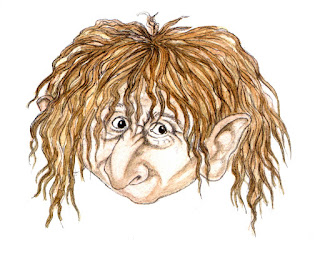 Faeries and Folklore of the British Isles 2006

Posted by A World of Magic Myth and Legend at 00:32