Locations featured in The Haunting of Stoke Water, # 3 in the Psychic Sisters series

A strange evil lurks within the old building; to some it appears an innocent  child

but Queenie and Sybil see the truth, that it is pure evil.

They soon realise that it has a sinister motive in befriending the child: to steal her soul.

and the significance of a murder that happened 150 years earlier. in an effort to track down the grave of the murdered girl. 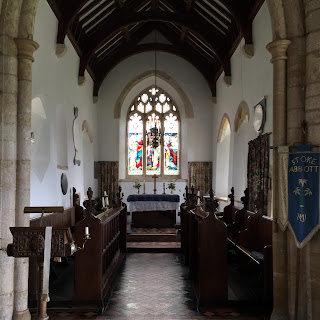 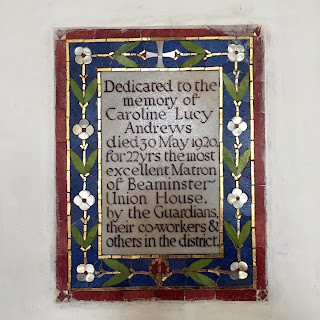 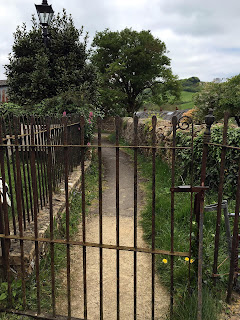 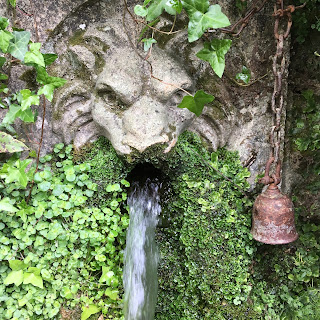 This fresh water spring runs directly out of the hillside and can be drunk, hence the cup. Many years ago when I was just a nipper the water became polluted so was not safe to use. In times past the villagers would gather here at the lions head to collect their water for the day. 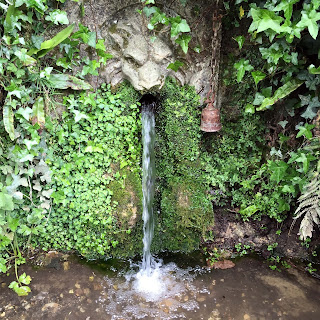 The yew in the churchyard where the ghosts of the children appear.
( Visited the graveyard just last week and the iron railings have been removed) 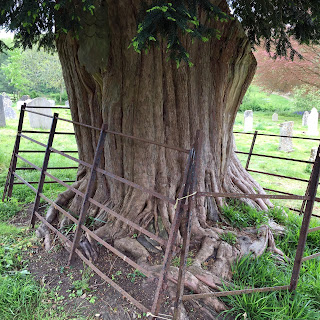 Gerrards Hill Stoke Abbott. The murderer runs from the scene of the crime up Anchor Lane, which we show on the video, ( link below) across Waddon Hill,  a Roman  hill fort, ( it has been more than half a century since I played as a child amongst the ramparts  and ditches on the hill)
and across to Gerrards Hill, down Wood Lane and back to Stoke Water House. 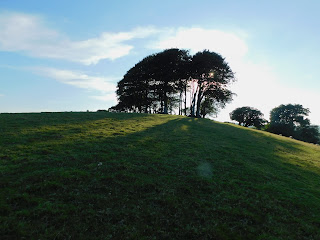 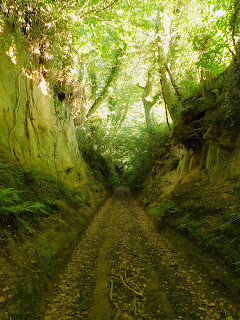 Wood lane, incredibly steep sided. Many years ago we kept cattle in the field on the right. The livestock was checked every day but on one occasion we had one cow go missing. It was found eventually; it had fallen off the edge and was suspended in one of the large trees growing from the side of the lane. Needless to say the animal was dead so that just shows how steep the sides were.

An Old photo of the workhouse; a grim place!
It is here that the hauntings take place.
See below for the link to the book on Amazon
https://www.amazon.co.uk/dp/B07BBWB41J
And here...drum roll! is the link for our video!
https://youtu.be/jVMQXayodRM
.
Posted by A World of Magic Myth and Legend at 06:48