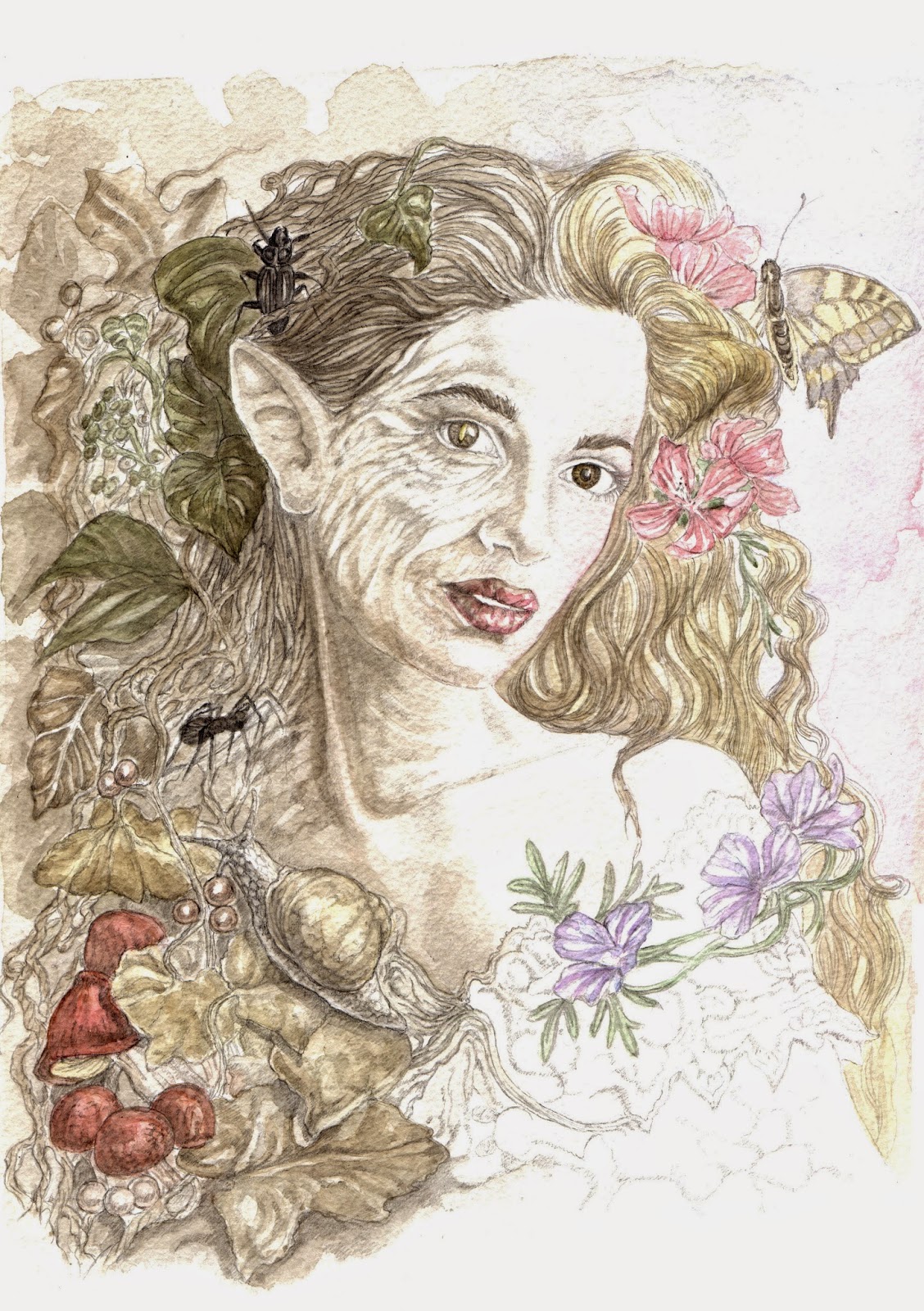 The faerie's art of concealing their true appearance is called Glamour and
is often used to deceive mortals. They can alter their own shape as well as
the appearance of food , money and surroundings. So a splendid feast spread
out on a beautiful gold table could be nothing more that nuts and berries laid on a log.
The use of faerie ointment on your eyes will allow you to see them in their
true state but be careful the faeries do not find out as their wrath can be terrible
and the user will be blinded.

The term Glamour comes from the Scottish word glaumerie which means magic,
traditionally this power was used to capture mortal partners for
breeding. As mentioned before the faeries are always trying to improve their own
race by mingling it with human blood.
To guard against this, it is customary for brides to be surrounded by bridesmaids
similarly dressed so the fae would be confused when trying to seize the bride.
This also applied to the groom, as the wedding night is considered to be the most
powerful time for mating with faerie kind.
The bride or groom might be returned later but as time in faerie land is
different to the mortal world their family and friends would be old or dead.
Posted by A World of Magic Myth and Legend at 07:49