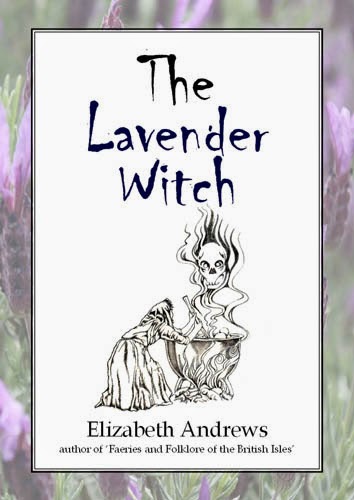 Outside it was already getting dark and there was an autumnal nip in the air. They walked slowly back up the hill towards the cottage, a few cars speeding past on their way home from the coast.
Just outside the farmhouse Mr Beamish was talking to the elderly lady from the shop.
‘Hello,’ he called across. ‘Been for a walk? Mrs Leavenham said she saw you earlier.’
‘We needed milk, and some fresh air so we abandoned everything and retreated to the pub,’ said Kitty smiling at the pair.
Mrs Leavenham said comfortably ‘Well it takes a few days to get sorted and settle in.’
Mr Beamish smiled, his pale blue eyes disappearing into the wrinkles around his eyes. ‘It’s a lovely evening for a stroll, and this weather is supposed to last a few more days.’


It was difficult to tell how old he was, his face was quite careworn and rugged and he had the peculiarity of farmers his age that while the lower part of his face was ruddy and weathered the forehead was soft white and unlined from spending the most part of his life wearing a cap.
He ran his hand through his thinning hair. ‘It’s nice to have you moved in at last, though I have enjoyed watching the house go up. It’s amazing how quickly they can build a house these days.’
‘All this activity going on in William’s orchard has kept him entertained for weeks you know,’ Mrs Leavenham looked at the old man sympathetically. ‘He’s going to miss talking to those builders of yours.’
Mr Beamish started laughing. ‘If it hadn’t been for me I’m sure your house would have been built in half the time.’
‘Well you must come in and have a coffee when you’re passing and have a look around now it’s finished.’
‘I’ll take you up on that.’

‘Did that cat come through here?’ asked Kitty hurrying into the kitchen.
‘What cat?’
‘The one I saw earlier, from the farm.’
Gordon looked up from his newspaper and stared at her over his glasses, he finished a mouthful of sandwich and shook his head. ‘I didn’t see a cat.
‘I was coming down the stairs and it was there, sat in the hall.’
‘Well, look in the front room then.’
‘It couldn’t have gone in there, the door’s shut.”’ She peered around the kitchen and under the table. ‘Are you sure it didn’t come in here?’
‘You must have been seeing things Kitty.’
‘Oh for goodness sake that’s your answer for everything isn’t it?’ she said sarcastically.  ‘Kitty’s seeing things!’
‘Okay, calm down,’ he answered irritably. ‘If there is a cat in here somewhere it will pop out soon enough. Open a tin of Tuna or something, the smell will bring it out from where ever it’s hiding.’
Kitty snorted and went back into the hall; she stared around the small space wondering how she could have missed it.
‘What’s all this on the doormat?’
‘Not cat poo I hope,’ he said drily.
‘No... It’s dried up twigs or something,’ Kitty bent and picked up a piece. ‘It’s lavender, how strange, where did that come from?’
She stared down at the fragrant stalks in her hand and shook her head.
‘You must have tracked it in from the garden, you or the dog.’
‘There isn’t any lavender in the garden. There was nothing left alive out there apart from the two apple trees, the diggers saw to that.’
‘I expect there is some out there somewhere,’ said Gordon, turning back to his newspaper.
Kitty straightened and sighed rubbing her head, she looked at the scattered seeds and twigs on the mat.
‘Oh, I can’t be bothered to clean this up now; I have had enough for today. I’ll do it in the morning.’
Gordon yawned and pushed his plate away from him.
‘Yeah it can wait, let’s have an early night and we’ll finish unpacking in the morning.

Kitty pulled back the duvet and climbed thankfully into bed, she lay back against the soft pillows and closed her eyes hoping the nagging headache she’d had all evening would go.
The sound of Gordon rattling about in the bathroom receded. As she began to doze soft footsteps approached across the bedroom carpet. Her side of the bed dipped slightly and a soft hand began to gently stroke the hair away from her forehead.
‘Night,’ Kitty mumbled not even bothering to open her eyes, her bedside light clicked off leaving that side of the room in darkness and Kitty was just aware of a figure walking slowly across the room and out onto the landing.

Posted by A World of Magic Myth and Legend at 01:37