I am an avid watcher of Gardeners World and settled down to watch Carol Klein and Roy Lancaster inspecting some beautiful St Johns Wort plants, which I believe were in Roy's garden. It was  very interesting section of the programme, however there was so much more that could have been said about this amazing plant. So for anybody who is interested in the folklore and medicinal uses of the widely grown plant here goes! 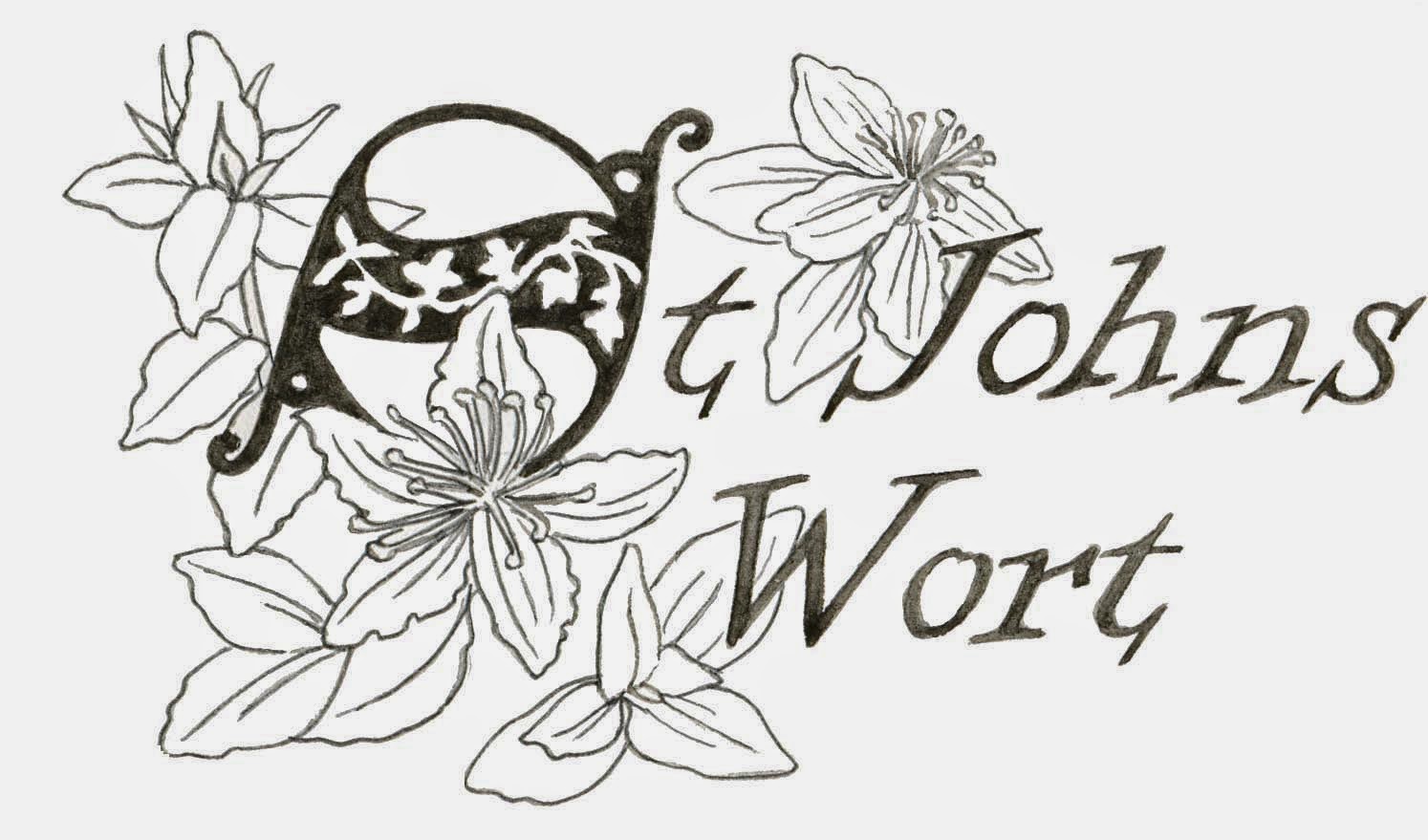 This plant blooms during the summer solstice and is at it’s most powerful on 24th June, St John’s day. On this day it would be ceremonially burnt on bonfires in honour of the festival.
It is very powerful against faerie spells and will protect against demons, witches and evil spirits hence its ancient name of Fuga Daemonum.

‘St John’s Wort doth charm all the witches away
If gathered at midnight on the Saint’s Holy day
And Devils and Witches have no power to harm
Those that do gather the plant for a charm
Rub the lintels and the post with that red juicy flower
No thunder no tempest will then have the power
To hurt or hinder your house: and bind
Round your neck a charm of similar kind’

The plant is imbued with magical powers and can be used for divination but gathering the flowers can be difficult as the plant sometimes moves away from anybody trying to pick it.
Young girls can pick the flowers in an attempt to predict  their married state; if the flowers remained fresh till the morning their chances of happiness were good but if the plant was wilted their future would be dismal. 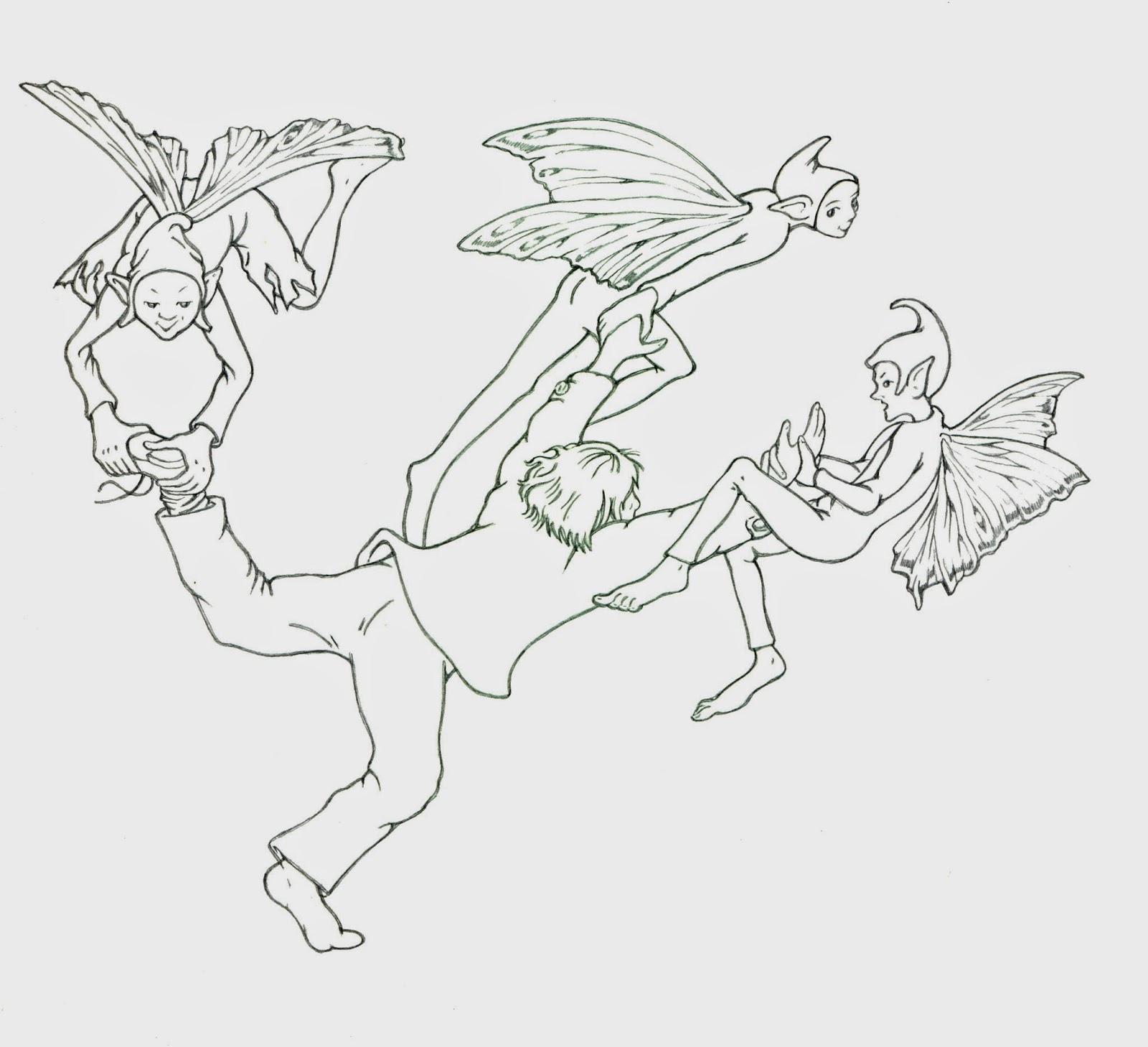 The plant was also dangerous to step on. If you were careless enough to step on a flower during the day faeries would whisk you away on a wild ride across the countryside and then drop you in a ditch miles from anywhere. Stepping on a flower just before bedtime would ensure that you were kept awake all night by mischievous elves, but to ensure a good night’s sleep, with no bad dreams, place a sprig of the plant along with some thyme under your pillow.

St John’s Wort Tea
This is a good remedy for depression, influenza and incontinence but on a note of caution, this herb can have  a few side effects and may cause sensitivity to light.
Pour 2 cups of boiling water over 1 oz 25 g of the dried herb and steep for 10 to 20 minutes. You can add honey or lemon if you like or for a cold day try adding cinnamon or cloves. Drink 3 to 4 cups a day.

St John’s Wort Oil
Pick the flowering tops of the plant on a fine day and pound down with a pestle and mortar, moisten it all with a drop of vegetable oil. Put the mix into a screw top jar and cover with more vegetable oil, shake the mixture thoroughly and stand on a sunny windowsill. Shake every day until the oil changes into a deep red colour. Strain and pour into a new clean jar and then the mixture can be used when needed.

This oil can be used for healing wounds, burns and sores, also good for a massage oil for back pain. It is an analgesic and anti-inflammatory and is  good for fibrositis, neuralgia, sciatica, rheumatism, gout and arthritis.

There are approximately 370 species of the genus hypericum to which St John’s wort belongs; originally indigenous to Europe but has been introduced to many temperate countries. It grows so successfully that it has become a serious problem to livestock causing stomach problems, drowsiness etc, and is now considered to be a noxious weed. In western North America beetles have been introduced to try and control the spread of the plant.

Posted by A World of Magic Myth and Legend at 03:08