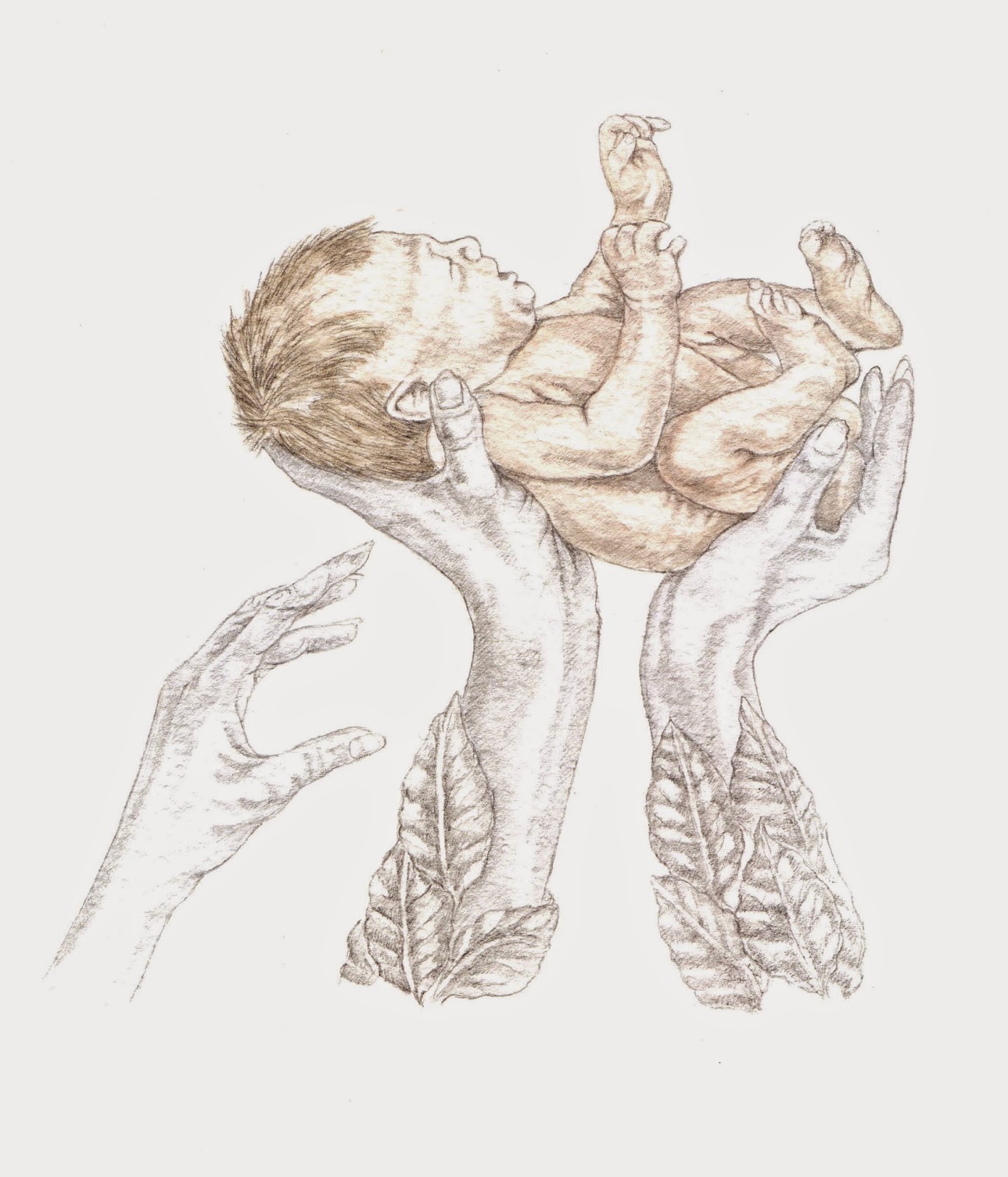 There are many myths and folklore surrounding childbirth and young infants, one of the most prevalent was that un-baptised children would be stolen by the faeries to replenish their failing stock. Changelings will be left in their place who would neither grow or flourish.
Witches often collude with the faeries in return for payment. One story by Lady Wylde tells of a man who passing a remote house late at night overheard two women talking. One said ‘ I have put the dead child in place and have carried away this one. Wait until the moon rises and then take it to the Faerie Queen and you shall have the payment I promised.’
The man stood outside the window and waited until both women left the room then reaching in, took the sleeping child and carried it quickly home. In the morning there was a great lamentation in the village for the Lord of the Manor’s beautiful baby, who had just been born, lay dead in his cradle.
The man went to view the the little corpse laid out in the Lord’s hall and laughed aloud when he saw the little shrivelled corpse. He quickly explained before the parents took offence at his behaviour , and suggested to the Lord that he light a fire. He then went up to the cradle and said to the still form lying inside ‘If you do not get up I will throw you on the fire.’
The changeling, for that is what it was, grinned, opened it’s eyes and shot out of the cradle. But the man was too quick for it, he caught it and threw it onto the fire. As soon as the flames touched it, the changeling turned into a little black kitten and shot up the chimney.
The man hurried back to the village to collect the real child and restored it to the grateful parents.

Nursing mothers who had not been churched would also be at risk from being taken, they would be carried away to faerie land to suckle faerie babies. Human milk is much prized by the fae as they believe it might give their faerie babies the chance of a human soul.
A nursing mother was visited by a faerie who was carrying a small baby, she begged the mortal woman to give her child just one suck of her milk. The mother did so and was blessed with good luck for the rest of her life. 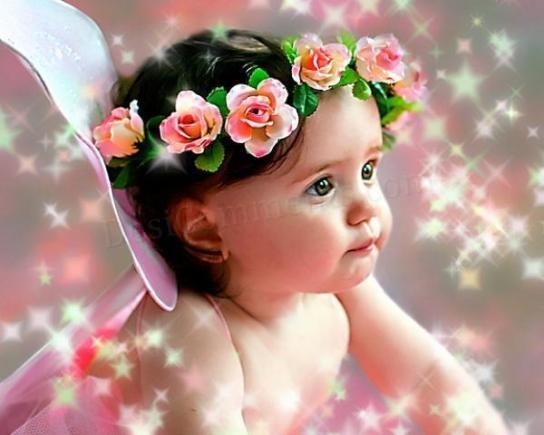 Midwives are also stolen by the faeries; it would seem that the fae babies cannot be delivered without human aid. However, they are always returned after the birth, with payment of a kind. The women are deluded into thinking that they have been given gold as payment but on inspection when they  have returned home will find it just a handful of leaves.
There is a well known tale from Scotland about Eilian of Garth and the midwife.
Eilian was a poor servant girl who worked long hard hours for a local midwife, When one day she disappeared it was agreed by her mistress and those about her that Eilian had gone off with the Faeries. The servant girl was not seen for some time until the midwife was called out one stormy night by a stranger to attend his wife, who was about to give birth.
She was taken to a fine looking house and inside to a richly furnished room where a woman lay on a bed. After a while the baby was delivered and the father asked the midwife to rub an ointment onto the baby’s eyes, this she did but also accidentally smeared some onto one of her own eyes.
Instantly the beautiful room disappeared and instead there was just a damp dark cave and on a bed of bracken and dry grass lay the servant girl Eilian.
The midwife was seemingly paid well with gold coins but by the time she had hurried home they had disappeared and just dried leaves lay in her purse.
Several months passed before she saw the father again, strolling through the market place. He was very surprised that the midwife could see him to enquire after  Eilian and the baby. He inquired with which eye did the midwife see him with and when he discovered which one, that eye went blind.

In some parts of Cornwall a cake was made after the birth called a groaning cake, ( I wonder why!) and every visitor to the house was offered a piece. It was regarded as ill mannered to refuse.
A ginger haired child was thought to be undesirable. If the birth took place between mid-night and cockcrow the next morning on a Friday the child would have special powers, enabling it to see spirits, to be beyond the power of witches and to possess knowledge only reserved for a chosen few.
A child born between the old and new moon would have a short life and those with a blue veined nose would not reach its 21st birthday. No baby’s hands were washed during the first year for it’s riches would be washed away and cutting it’s nails during this time would make it a thief. Hair was also allowed to grow until the moon waned, thus preventing baldness in later life.
A left handed child will never do any good so it must at once be made to  use the right hand. 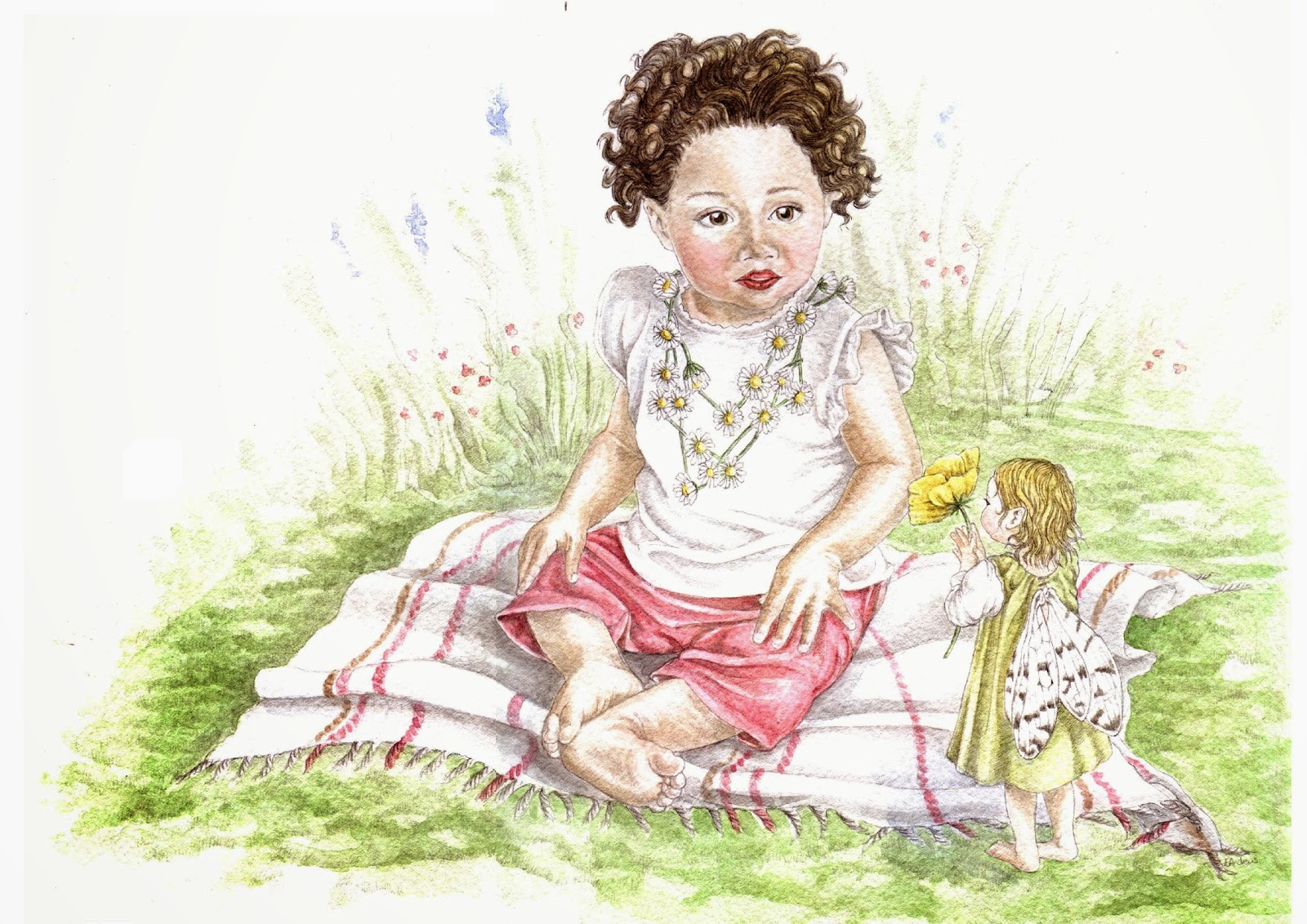 Baptism is the most important event after birth, it was believed that if the child died before being baptized it’s spirit was doomed to flutter for ever as a ‘Spunky’ and would be seen as a ‘Will of the Wisp’ and flutter about lanterns at night in the form of moths.
So it was thought necessary to get the child christened as soon as possible, especially if the child was sickly. In south Somerset the journey to the church was nearly as important as the ceremony. Everybody in the party would be dressed up in their best and the leader of the procession would carry bread and cheese, which would be offered to any stranger that they met upon the road. It was slightly different in Cornwall, a large currant cake would be carried known as ‘the cheeld’s fuggan’ or ‘christening crib’. In return for the food the stranger was obliged to give a penny for the baby which would bring good luck to the child. The coin would be saved as a good luck token.
It was thought to be a good sign if the child screams during the ceremony as it was believed the Devil was being driven out of the infants body.
After, however, the child would hopefully be more calm and happy as it was believed that if they frowned the wind might change direction and their faces stay stuck being miserable.
So many childhood rhymes were encouraged to make sure the child stayed smiling!


Tap-a-shoe, that would I do
If I had but a little more leather;
We’ll sit in the sun till the leather do come
Then we’ll tap them both together.

This would be accompanied by the baby’s feet being lightly tapped together.